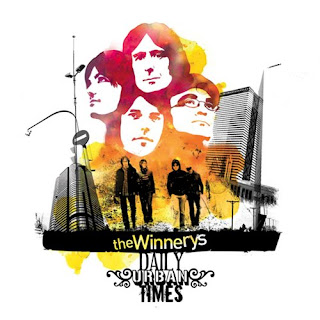 What hath the Flamin Groovies wrought? Ever since Cyril Jordan and company released their three Sire albums in the latter half of the '70s, there has been a subset of power pop bands who base their entire concept of artistic success on how closely they resemble some fantasy mash-up of the Beatles, the Kinks, the Hollies, Big Star, and Badfinger. It's not that there's anything wrong with any of those bands, of course. It's just that given how many twee little acoustic love songs Paul McCartney has written over the decades, does one really need to hear Spanish retro-pop band the Winnerys do a note-perfect simulacrum of same on "My Little Good Friend"? Well, no, but there's a certain dorky charm to the band's refusal to do anything beyond being the Castilian Rutles (the Iberian Dukes of Stratosphear?), and it's true that they do what they do extremely well. Singer-guitarist Fausto Martin does such a dead-on McCartney impersonation that one almost starts to look forward to hearing the different ways it crops up from song to song, and his creative foil, bassist Javier Polo, has an equally impressive, pure pop vocal style. As long as the listener doesn't expect much beyond the merest pro forma feints towards originality, Daily Urban Times is an entertaining listen. -AMG

The truth is that this comment on AMG about this record is everything but real. I´m from Spain and I know this band and i can tell that this record is better than some of the recodrs that AMG say that are wonderful and only are regular. If you hear this record, you´ll find a hard work behind it, wonderful compositions and the colaboration of Paul Collins in the choruses of the end song.
By the way, the Winnerys doesn´t exists anymore.

This is an awesome record. I think AMG are definitely being overly harsh with their review here.

The Winnerys had very bad press because his bass player Javier Polo treated critics and fans like shit.

This is really a pity because the band was really great.