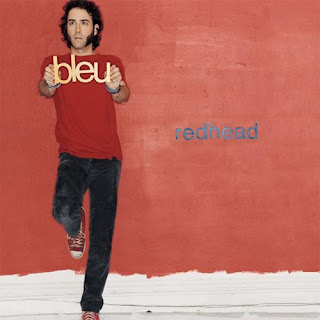 Headroom established Bleu as a Boston sensation, but his "Somebody Else" on the blockbuster soundtrack to Spiderman introduced him to more mainstream audiences and paved the way for his second record, Redhead. While it is the proper follow-up to Headroom, Redhead also includes re-recorded versions of four cuts from that album, along with "Somebody Else" and nine new tracks. The most noticeable change from the debut is evident in the execution: The subtle electronic elements on Headroom, along with some of that disc's charming quirkiness, have been replaced with a muscular, straightforward mainstream rock sound. At first this can be a little disconcerting, since Redhead feels like a slightly more anonymous work, but the quality of the new cuts saves the entire affair. The Andy Sturmer co-penned cut "Could Be Worse" sounds exactly like you'd imagine -- Bleu and Jellyfish mixed together, with an end product something like Supertramp. Storming power pop like "Ursula Major, Ursula Minor" sits comfortably next to gorgeous ballads like "We'll Do It All Again." Bleu does occasionally let his more maudlin, dramatic vocal sensibilities run wild here, making him at times sound like a rockier Rufus Wainwright, but even the biggest departures aren't shockingly different from Headroom. Redhead is just a pop record, but it feels like a manifesto, playing smoothly from end to end. Fans of modern guitar pop and singer/songwriters can't miss with this. -AMG

always loved this album in both its forms ..this version and the original release on aware that has different tracks and running order (and cover shot)has anyone ever seen his first album though because i have never found anyone whose even seen it.....this guy is a great talent

I'd only ever heard OF him but never heard anything BY him until buying "The Major Labels" album a month or so back.

His own stuff is really hard to track down. I've bought this one cheap but second hand, from Amazon. But his other stuff is prohibitively expensive. He should stick it on Noisetrade like The Major Labels or emusic so people could actually buy it.

thank you so much

thank you soooo much! i've been searching this for like a year! thank you again!!!!

I know it's a late request, but I only have the original indie version of this classic. Would you mind reupping this version? Thanks in advance! :)

Repost, please? I know... it's a few years late. But only just heard some of these tracks, and they're pretty slick.