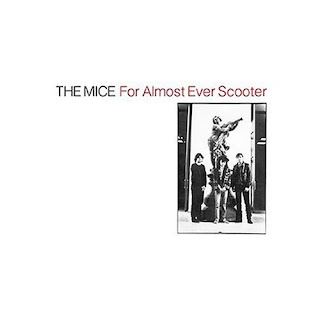 From the dinkiest punks to the soggy dregs at the bottom of the '60s garage rock barrel, so many deservedly obscure bands have been compiled and reissued over the years that it's dismaying to find a band as good as the Mice unknown and overlooked for nearly two decades after the fact. Despite being heard by almost no one during their brief existence, the Cleveland trio influenced indie big shots like Guided by Voices and Superchunk with stunningly good adrenalized power pop records that few '80s bands could match.For Almost Ever is a near-perfect rush of giddy, catchy, explosive rock, casting shades of the Who, Only Ones, Buzzcocks, Jam and Beatles with the exuberance of a five-year-old who just got his first bicycle for Christmas. The buzzy, chiming guitars of vocalist and principal songwriter Bill Fox get a propulsive jolt from the hyperactive drumming of his little brother Tommy Fox, who was all of 15 at the time. With bassist Ken Hall filling out the lineup, the six-song 12-inch mixes straightforward love songs with an aggressive, pointed political number ("Not Proud of the USA") and the slower, nearly dirge-like "Catacombs," revealing a band with the chops to expand beyond its punky power pop roots.e Mice disbanded after the release of Scooter.A generation later, Prisonshake's Robert Griffin re-released the band's entire discography on his Scat imprint. For Almost Ever Scooter combines the first two records with no bonus material. That was slated for a second disc, Unreleased and Live Recordings, which was scuttled at the last minute, although it has a catalog number and copies were sent to those who ordered early from the label's website. The studio tracks, including the group's first single and songs from an aborted second full album, are very good, if not quite up to the standard set by the band's other records. The live tracks (with middling sound quality) are the only real ephemera here, but they only suffer in comparison to the band's sterling studio output.-Trouser Press

If you like "For Almost Ever Scooter" get it here!

Hey. Great post and great blog!!! Check a theme from The Mice in my podcast about punk, new wave and powerpop from last 70s and 80s, called "PLAY IT LOUD!".
It's at http://www.playitloud.es
It's in spanish, but if you look in "episodios" and Play It Loud! #9, you'll find this song.
Best regards

Thanks.. One of my faves bands ever.. got em all on vinyl nice to hear it on digital..

Do you have any of Bill Fox's music?

I would kiss tree bark for rapidshare links of them.

so does this upload have the unreleased and live tracks mentioned in the Trouser Press article? And if not, does anyone know where to find them?

possible to hear this once again? would be grateful.