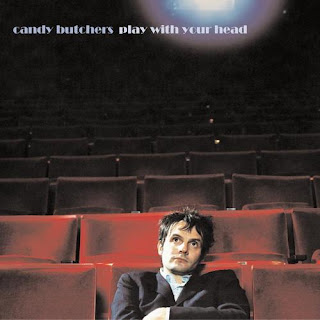 On their/his full-length debut album, Falling Into Place, Candy Butchers' Mike Viola (the group name is really a polite fiction) came off as a successor to Graham Parker and early Elvis Costello in the romantically angered post-punk new wave vein, a worthy enough position that tends to delight critics without engaging the critical mass of fans it takes to maintain a major-label record contract. On his/their second album (this time the billing is Candy Butchers instead of Mike Viola & Candy Butchers), Viola often comes off as a Marshall Crenshaw-style power popper, steeped in the sound of mid-'60s pop/rock and its fascination with unusual sounds audible on the margins of tracks dominated by electric guitar riffs and hooky choruses. "Baby, It's a Long Way Down," for example, is distinctly Beatlesque, while "My Monkey Made a Man Out of Me," apparently a celebration of addiction, boasts an intro and outro that recall George Harrison's flirtation with Indian music. On Falling Into Place, Viola seemed to be writing the same song of romantic disappointment over and over; here he is still disappointed, but his frustration is more global. "The older I get the more it seems/I watch my dreams get smaller," he begins on "It's a Line," and this sense of diminished expectations pervades the songs. The romantic element is not absent, but things are more specific and more desperate, notably on "I Let Her Get Away," in which a pregnancy is compared to mold. By album's end, Viola has practically abandoned the studio trickery to return to a Parker/Costello-like stance on "Make No Mistake," singing over acoustic guitar accompaniment with bitter wordplay that continues into the elegiac closer, "Call Off the Dogs." The album makes another impressive, if severe, statement likely to play well to the brainy and miss the masses. -AMG 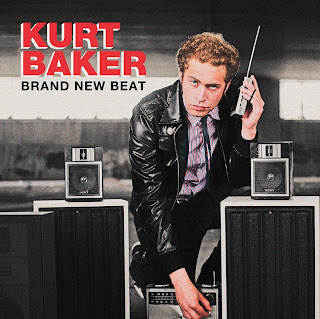 Well He has done it again, Kurt Baker has come up with another great album. The master of DIY marketing will be releasing his new album, Brand New Beat, on October 30. You don`t get Power Pop better than this. A great mix mix of Classic Power Pop, Power Punk and pure unadulterated fun, Brand New Beat is sure to make the PPO Top Ten for 2012.  Not a bad track in the whole lot, short and sweet, great vocals and a rock solid band, this one is hard to stop listening to!!  In another time this would have filled up the airwaves and Kurt Baker would have been a household name. You must pick this one up!

Brand New Beat will be released on Collector’s Club Records! Vinyl will be pressed by Jolly Ronnie Records and Torreznetes Entertainment in España!