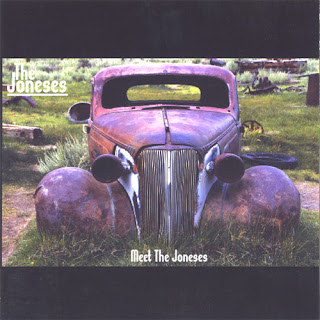 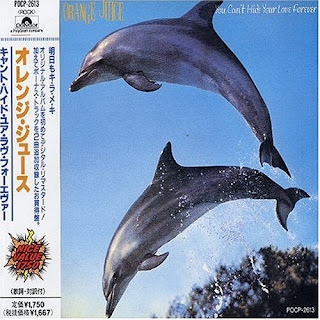 With the sort of bold title that recalled the optimism of the '60s (and, of course, echoes the Beatles' "You've Got to Hide Your Love Away"), Orange Juice's long-playing debut announced a band with a considerable repertoire of musical ideas and some endearingly honest songs about romantic dysfunction and rejection. For some, their purist vision was too near to sentiment and too knowingly coy, but that's a cynic's view. There are some lovely songs here, especially the previous Postcard release "Falling and Laughing" and the single "L.O.V.E. Love." And, in contrast to their reputation, these fey Glaswegians could rock out when the moment demanded it, too. -AMG

Got this In my mail and thought I would pass it on. Please help spread the word it is for a good cause, 100% of income from sales will be donated to Save The Children.
-Curty Ray 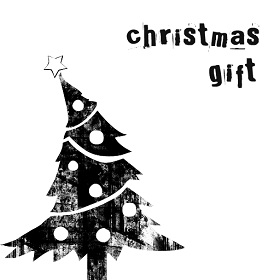 We have a really important record due for official release on 6th December: It's called Christmas Gift and is a collection of 14 rather beautiful songs donated to us by some of the artists we're working with on the label and some of our friends. Why is it important? It's important because all the money we make from sales will be donated to International charity, Save The Children.

We'd like to offer you a pre-sale download of the album before it hits iTunes, Amazon and all the other big stores. so, you can download the album right now for a minimum donation of £1 (although you can pay in any currency and opt to donate more if you are able to).
Click here to access the download page on Bandcamp.
For more information about the release and the artists that feature on it, visit www.rainboot.co.uk/gift

Also, we'd really appreciate it if you'd spread the word about this release. It's a struggle to be heard when you're competing for attention against the likes of Susan Boyle, X Factor and Kathryn Jenkins (slightly 'tongue-in-cheek' but actually a little bit true...), so if you can, please let people know about this record via email, text, twitter, facebook etc and help us raise some serious money for charity.

Thanks and Merry Christmas! 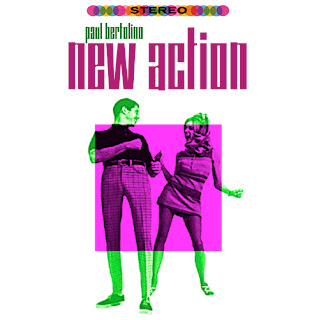 Paul Bertolino is a behind-the-scenes musician's musician from Berkeley, California... a short-list Bay Area session player who has done time fronting one of San Francisco's toughest garage-soul outfits The Sleaves, and is currently playing drums for major label breakout band Persephone's Bees.
Paul draws from a well that incorporates the toughest 60s jangle-rock, the softest 70's a.m. gold, and maybe even a pinch of Radio Shack synth swagger. Almost in spite of that it's laid back, California songwriting so solid and proprietary that it refuses to be picked apart into it's base elements...try as you might. This is the stuff that will make up the Nuggets Boxes of the future, so why wait? Come feel the love. - Paul Koehler
Find out more about Paul at http://paulbertolino.bandcamp.com/. 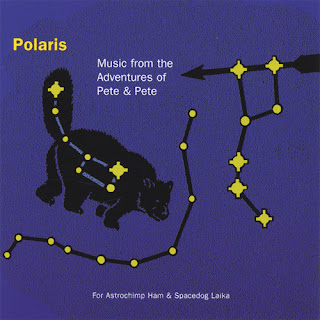 Nickelodeon's late, lamented Adventures of Pete & Pete was the greatest children's show ever. Documenting the surreally hilarious exploits of teenager Pete Wrigley and his younger brother, Pete, the series earned hipster cachet for its stunt casting (cameos included the likes of Michael Stipe, Iggy Pop, Janeane Garafalo, and Steve Buscemi) as well as its uncommonly cool musical sensibility -- in one episode, Luscious Jackson played the school prom, with bassist Gabby Glaser even making eyes at older Pete. The series' title theme and much of its incidental music was performed by Polaris, the side project of then-Miracle Legion frontman Mark Mulcahy; their crisp, richly melodic jangle pop perfectly complemented the show's vibrant wit, but except for a premium cassingle available from Kellogg's Frosted Mini-Wheats, no official Pete & Pete soundtrack was ever made available. Polaris' debut isn't quite official -- Music From the Adventures of Pete & Pete consists of what sounds like re-recordings, although they're almost mirror images of the originals. No matter, these dozen tracks are still superb, especially the nearly unintelligible theme "Hey Sandy," the lovely "She Is Staggering," and most notably "Summerbaby," little Pete's all-time favorite song per the classic "Hard Day's Pete" episode. Even the Powerpuff Girls never had it so good. -AMG 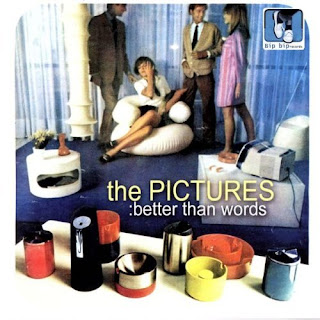 The sound of this band is capital letter POP, timeless pop, fresh, melodic and strong. They cater their sound with many vocal harmonies and catchy refrains. They melt the vitality of the Kinks or the Beatles, the energy of 60's garage rock and the melody of the best power-pop (Plimsouls, Flaming Groovies, Teenage Fanclub). The strong rhythm section turns every one of their shows into the wildest party. -bipbip-records.com 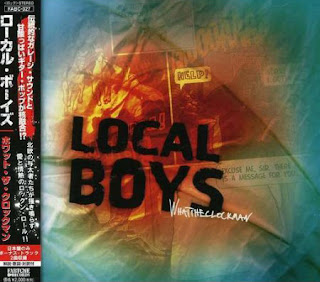 The much covered debut album from a sensational new Swedish band. Produced by the legendary man Björn Olsson, former guitar player and song writer in The Soundtrack Of Our Lives and Union Carbide Productions. They celebrate power-pop with lots of energy and their songs got that punch you will never forget. Combining the self-ironic pop-attitude of the Caesers with ingenius songwriting qualities of the Yum Yums and the big production & highly infectious guitar work of Brainpool, the Local Boys are going to be the saviours of today's power-pop. 13 Incredible power-pop pearls, full of wonderful harmonies, crunchy guitars, irresistible melodies and driving beats. -Clear Spot 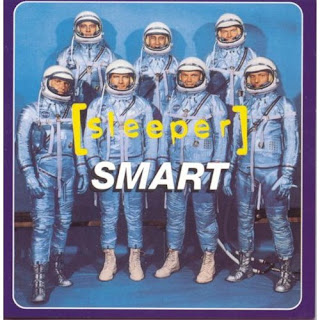 "Inbetweener" is an intoxicating single. Fuzz guitars, light harmonies, singsong melodies and hooks keep piling up until the whole thing collapses in a heap after three minutes. Unfortunately, there's nothing that matches it on Smart, Sleeper's debut album. Occasionally, Louise Wener comes up with a memorable hook, melody, or lyric, but never can quite pull them together into something as well-crafted (and sexy) as "Inbetweener." Still, the flashes of inspiration scattered across Smart prove Sleeper has potential -- which they have already fulfilled once, with the single. - AMG 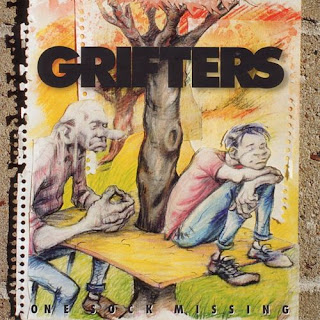 Certainly the most low-key (if not lo-fi) of the Grifters' early records, 1993's One Sock Missing is less noisy and aggressive than its immediate predecessor, So Happy Together, but that doesn't mean it's mellow. Not even close, in fact. The Memphis foursome play with the swaggering-and-staggering intensity of the circa-1984 Replacements channeling the circa-1968 Stones, and for once, the lo-fi pretense (abrupt fade-outs, jerky tape splices, audible coughs, and background noise, more distortion than a Sonic Youth record) actually enhances the funky charms of the songs instead of serving as a distraction. Dig the way "Encrusted" is gradually swallowed up by the background noise until the song finally bursts through again for a triumphant climax. The swirling, almost psychedelic "#1"; the strings-enhanced "Wonder"; and the choogling opener "Bummer" are among the band's best-ever songs, and the filler that mars most of the Grifters' albums (even gems like Ain't My Lookout) is largely absent. The more in-your-face Crappin' You Negative got better press at the time, but in the long run, One Sock Missing is by far the best of the Grifters' pre-Sub Pop albums. -AMG 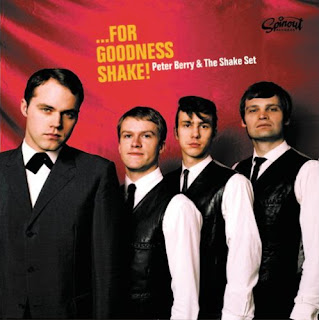 12 authentic and powerful early 60's shakers from the Norwegian R'N'R/ Beat sensation No. 1! After their debut 'wildberry shake' on Teen Sound, the vinyl version of their new LP 'For Goodness Shake!" is issued on Soundflat Records. Peter Berry & The Shake Set tried really hard for the principally self-composed songs. Authentic MerseyBeat, which is influenced by famous bands like THE Shadows, TheSwinging Blue Jeans, Shane Fenton & the Fentones, Billy J. Kramer & The Dakotas. Think Star Club and Koenigkeller. They are authentic in their sound, songwriting, appearance and of course, the guitars (Rickenbacker, Fender Stratocaster) are hanging above the belt in proper style. This master piece was produced by Lian Watson, in his for R'N'R-, 60's- and garage music quite legendary Toe Rag Studio. -.soundflat.de