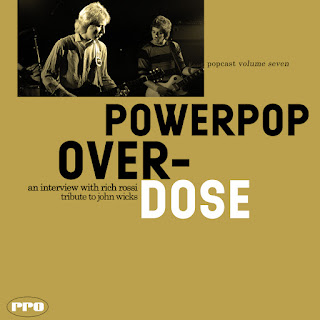 This week PPO is celebrating the life and music of John Wicks by bringing you an interview with one of his closest friends and collaborator, Rich Rossi. Rich shares some great stories about John as well as how he was able to complete the music John was working on despite his diagnosis, before his passing. The project was produced by Jamie Hoover, and features contributions from John Wicks, Ray Paul, Peter Case, Jamie Hoover, Al Stewart, Chris Thompson (Manfred Mann’s Earth Band), Paul Collins, Don Dixon, Carla Olson, Bill Berry, Kyle Frost, and Nick Guzman. For The Record - A Tribute To John Wicks will be released January 31 on the Kool Kat Label and all proceeds will go to John's son Perry and the American Cancer Society. 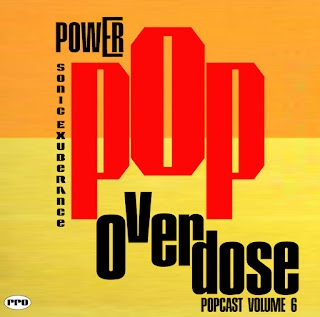 This week PPO brings you a huge helping of Power Pop and more including some skinny tie greatness to garage edginess plus a whole lot in between.  Hold onto your seat and savor the Sonic Exuberance of the Power Pop Overdose Popcast.  As always enjoy the music, support the artists and thanks for listening to Power Pop Overdose!


or get it at Mixcloud or iTunes

For The Record - A Tribute To John Wicks 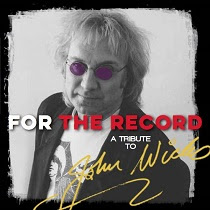 Known for his work with/as The Records, John Wicks was about to record the vocal tracks for this latest batch of songs before his untimely passing in late 2018. In his stead, friends and pop luminaries have gotten together to see that his final compositions were completed. It's a very personal goodbye and a testament to how much John was loved and appreciated by his peers. The project was masterfully coordinated by Rich Rossi, one of John’s closest friends.

The liner notes include heartfelt tributes by Records drummer Will Birch, Alan Haber, Richard Rossi, and Jamie Hoover. PROCEEDS FROM SALES WILL GO TO JOHN'S SON PERRY, AND TO THE AMERICAN CANCER SOCIETY. 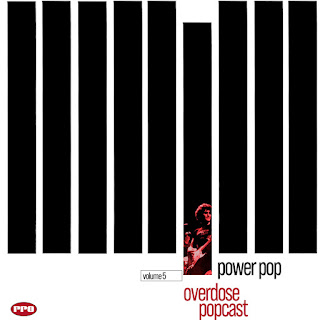 This Week we are bringing you some new and some old, crunchy and dreamy hook laden music.  Break out your skinny ties and air guitars and enjoy the music placed before you.  As always, if you have any suggestions, questions or just want to say hey, email us at powerpopoverdose@gmail.com.
Enjoy!
Curty Ray

Get PPO v5 at Mixcloud 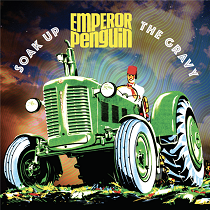 Here is a brand new release on the Kool Kat label released on January 17 – “Soak Up The Gravy” by UK popsters Emperor Penguin! Their terrific third release just might be the charm, especially when you add the sweet vocals of one Lisa Mychols to the gorgeous “Speedwell Blue”! You can read all about and order the CD here at Kool Kat Musik


You can listen to it here at Bandcamp 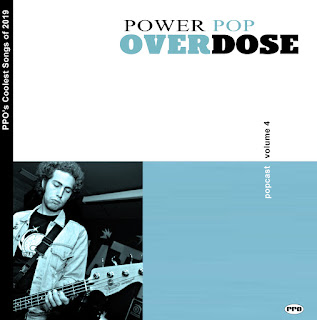 Just when you think that the music industry has become incapable of making anything but tired retreads and money-grabbing drivel, you look back on this year and think: Huh. So they can still surprise us after all. This week we combed the Popverse to find some of the coolest songs of 2019.  Todays tracks range from Jangle to songs with a little more power than pop and everything in between, so sit back, grab a cold one and enjoy the PPO Popcast!
If you have any comments or concerns, please feel free to contact us at powerpopoverdose@gmail.com