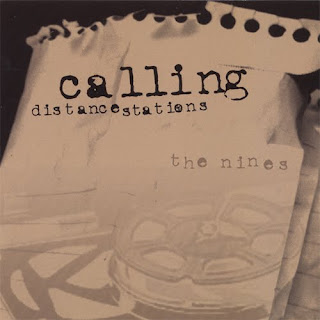 The first Nines LP, Wonderworld of Colourful, came out in Canada in 1998 on the Bare Naked Ladies’ Page label and was distributed through EMI. Later that year, Universal Music Canada released a piano-based four-song EP. This preliminary version of the band was sufficiently appealing to connect with the pop underground and top the Canadian college chart, but, as Eggers readily admits, the Nines were then still very much a work in progress. Still, this initial studio foray did offer a tantalizing glimpse of the young artist’s potential. The second Nines lineup cut Properties of Sound, released in North America in 2001 (Airmail Recordings picked up the album in Japan a year later). Additionally, several of Eggers’ songs wound up on network TV series, including Dawson's Creek, Party of Five and Joan of Arcadia (and most recently the theme song for Global Television's comedy sitcom "The Jane Show"). Since then, Eggers has totally committed himself to the making of "Calling Distance Stations",writing, refining and recording the material, and finding cohorts who could help him achieve his vision, which is predicated upon bringing the grand legacy of the 1960s into the present. Picking up where the Beatles left off is a big challenge, but it can be done, as XTC, Jellyfish and Spoon have proved. The Nines belong in that rarefied company.-CD Baby 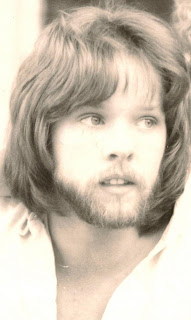 Musician and power pop cult figure Tommy Hoehn died on Thursday at age 55 after a long struggle with cancer.

Hoehn is perhaps best known as a sometime collaborator with the members of Big Star (he sang back-up on Third/Sister Lovers) and the Scruffs, but was a gifted pop artist in his own right, releasing two fine solo albums in the mid-late 70s on London Records. The 1977 single “Blow Yourself Up” was his biggest hit, eventually earning Hoehn a new generation of followers thanks to its inclusion on 1993 Rhino Records compilation D.I.Y.: Come Out and Play: American Power Pop I (1975-78).

Hoehn's last official release came in 2002 with Blue Orange, his second album as a duo with friend and fellow Memphis pop legend Van Duren. He was also hard at work on new solo album before his most recent hospitalization; the project is now slated to be completed by his many friends in the local music scene later this year.

Hoehn's memorial service is scheduled for 11 a.m. on Monday at the Church of the Holy Communion, 4645 Walnut Grove Road.
Posted by Curty Ray No comments: 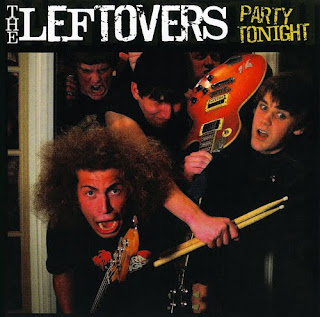 Forming in 2002, The Leftovers developed a modest fan base in New England. After two local releases and playing shows throughout the northeast, they finally hit their stride with a release of their third album, "Party Tonight", in 2006. The album fueled their touring farther into the United States and across the pond to England. The band garnered a true following within the underground pop-punk scene, receiving notable attention from all-stars Ben Weasel (of Screeching Weasel fame) and Larry Livermore (founder of Lookout Records). Their drummer, Adam, even found himself touring with The Queers from time to time. -The Leftovers 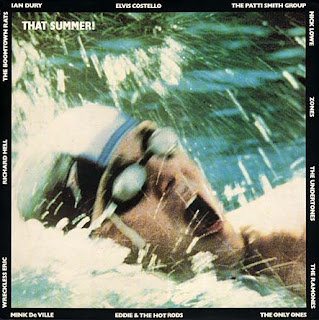 That Summer! is one of those films with a soundtrack that's much easier to sit through than the film itself. An uncommonly good collection of punk and New Wave tunes, the soundtrack was released by Arista Records in the US, but the film, directed by Harley Cokeliss and starring a very young Ray Winstone, doesn't seem to have gotten a Stateside release. Unfairly treated by the rock press, because the excellent soundtrack album led everyone into believing they were getting a hard-nosed film about the summer of punk. In fact this is a polished, if rather traditional, summerfuntime feature about a group of kids hanging out in Torquay. 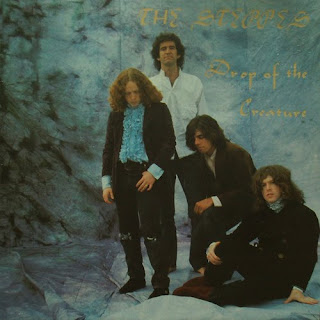 Though they apparently have a substantial cult following in Europe, the Steppes were inexplicably obscure in the States. A shame, since this far-flung quartet (singer/songwriters John and David Fallon resided in Ireland; the American rhythm section lived in Oregon and San Francisco) was easily one of the best and most distinctive combos of the neo-psychedelic crop, combining a subtly baroque musical sensibility with an ability to pull off ambitiously original arrangements and production ideas. The Steppes capture the essence of vintage psychedelia without sounding pretentious or unduly derivative.
The band's albums have steadily grown more accomplished and impressive, from the friendly acoustic stylings of the limited-edition eight-song debut to the multi-textured mini- epics of their more recent efforts. Stewdio, Enquire Within and Harps & Hammers are all mesmerizing, extraordinarily realized works whose inventive musical settings belie their low-budget origins. Tourists From Timenotyet combines tracks from Drop of the Creature and Stewdio.-Scott Schinder 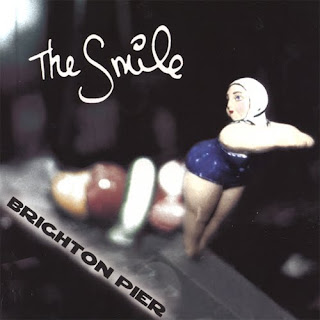 The Smile was born one steamy afternoon in the queue of a dingy Mexican airport. Named in a very roundabout way by Irish author Frank McCourt ( so roundabout that he'd no idea what you were talking about if asked... ), so was the birth of a pop music project delivered by singer/songwriter Ron Vail, drummer Dave Ferrara and bass player Ken Bussiere. The three friends had just jumped off the QE2 and were heading back to the states after having played backup for British pop idol, Peter Noone. Ron had some songs that were itching to get out and he knew that comrades Ferrara and Bussiere would help him make it so. Besides, he was holding the airline tickets and left them no choice.
The three musicians had worked together in different bands and lineups and have through those years developed a keen groove and appreciation for 60's influenced Brit-Pop and smooth Philly Soul as all three grew up in the suburbs of Philadelphia.
Recruiting the talents of fellow musician pals Dan McKinney and Jon Mcnamara, The Smile recorded the "Brighton Pier" cd at Dan's House Recording Studio in Bethlehem, Pennsylvania and a jolly good time was had by all, and we think it shows in the songs you are about to hear. So get ready for the sound you've been longing for, ladies...you know what I'm saying...right? Hey, c'mon!! You gotta listen, groove and SMILE!!! -CD Baby 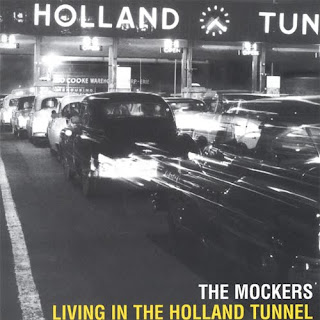 Living in the Holland Tunnel is the Mockers’ second release, following up on their highly acclaimed debut, Somewhere Between Mocksville and Harmony. However, this new disc is not just a return to the well-received patterns established on Somewhere…. It trumps their prior effort, winding up that rare second album that is a jump ahead of its predecessor and raising the bar ever further. Living in the Holland Tunnel still features the Leventhal/Gordon combination of deceptively simple pop tunes with straightforward lyrical takes backed by masterfully composed and played instrumentation, but this album goes beyond sparkle and builds upon the dazzle with depth and range. -Pop Matters 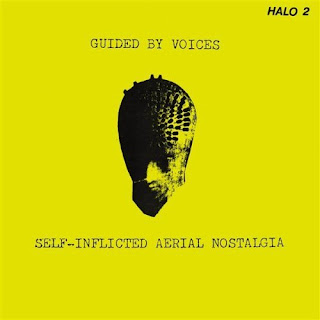 Self-Inflicted Aerial Nostalgia is the first Guided by Voices album to sound like a Guided by Voices album. For the first time, the band can be heard using low-fi production to their advantage, such as on the opening track, "The Future Is in Eggs," on which Pollard's vocals are blurred like a distorted instrument to complement the track's bleary mood. The improvement in Pollard's melodies here is revelatory, and he and the band move beyond their influences, crafting a blueprint of the signature sound that they would develop to increasingly greater success throughout much of the following decade. Highlights include "The Great Blake St. Canoe Race," the melancholy, harmony-laden "Paper Girl" and the tremolo-heavy ballad, "Liar's Tale." -AMG 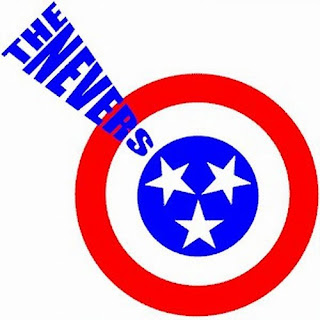 The inspiration of U.K. mod acts, such as the Who and the Jam, are to blame for the formation of the Nevers in 1997. Along with an extensive collection of Beatles, Kinks, and Clash records that can be referred to as John Paul Keith's (vocals/guitar) first love. Together with guitarist Rick Tiller, bassist Paul Noe, and drummer David Jenkins, the Nevers hit the scene of Knoxville, TN, much to the surprise of the good 'ole country folk who made up the population of this city. Sire Records was pleased to hear something other than a slide guitars or whisky soaked ballads coming from this city, resulting in the release of the Nevers self-titled debut in 1999. -AMG 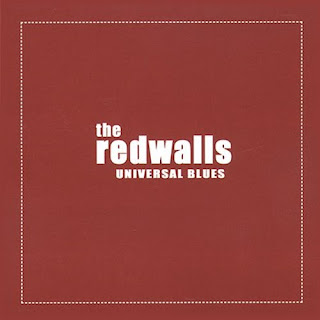 Chicago's Redwalls are clearly in thrall to classic rock: classic in the '60s sense, that is. Dylan, Neil Young, the Beatles, CCR, the Stones -- anyone who matched impassioned vocals with literate lyrics, and a rough-and-ready, small group rock sound. "Thrall" might be putting it too mildly. It is like classic '60s rock has them hypnotized. When the hypnotist's fingers snap, the band sets to work recreating note perfect imitations of their idols. "Colorful Revolution" is Dylan filtered through Stealers Wheel ("Stuck in the Middle"), of all people, with topically political lyrics (just like they used to have back in the old days); "It's Alright" is CCR fronted by John Lennon; "Speed Racer" is late period Beatles-styled rock 'n' roll, as is their cover of ZZ Top's "Balinese." "It's Love You're On" is mid-period Beatles rock 'n' roll; "I Just Want to Be the One" sounds like an outtake from Highway 61, right down to the organ. There is not an original note on this record. By all rights, it should be terrible. Actually, it is kind of fun. The band wins you over with their enthusiasm, dedication, and ability to craft songs that sound like their heroes' songs, but also sound good too. Besides, the Beatles broke up ages ago; Lennon's dead, and Dylan hasn't made a decent record since the motorcycle crash, so there is a gap in the market for a band like The Redwalls. They fill it with panache, and any classic rocker would be silly to dismiss Universal Blues as mere imitation. Better to just throw away your purist notions and enjoy the rock. -AMG