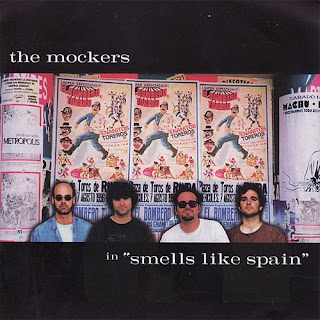 Though the Mockers have included a large cast of musicians hailing from all corners of the rock scene, the band's foundations were laid by two preteen Beatles fans living in in the early '70s. Tony Leventhal and Seth Gordon were the children of expats living on the southern coast of when they met. The third-graders quickly discovered their common love for rock & roll and formed a friendship that would last a lifetime. When their families eventually moved back to the States, both began learning guitar and keeping in touch regarding their plans to form their long-awaited rock band. Many years later the two converged in , creating the surf-pop band the Mockers. With a rotating cast of lead guitarists and drummers, the Mockers climbed their way to the top of the live music scene in . They spent the next several years touring tirelessly, sometimes playing as many as 20 engagements a month. As the band conquered the East Coast and , they earned the attention of the local press. Their relentless schedule began to wear thin, and the bandmembers took a long break to regain their creative spark. Some years later Leventhal and Gordon decided it was time for the Mockers to record their debut CD. The 1995 release Somewhere Between Mocksville and Harmony garnered excellent reviews, including a Billboard Critic's Choice Award. Ironically, the disc saw the greatest amount of airplay in , resulting in heavy touring throughout the country and a reconnection with the boy's old stomping grounds. The band's follow-up disc, Living in the Holland Tunnel, was similarly well received, both at home and abroad. The Mockers continue to thrive in the American and European underground pop world, enjoying regular touring and healthy record sales. Released in 2005, The Lonesome Death of Electric Campfire helped in adding to the list of nations in which the Mockers claim a thriving fan base. -AMG

The Mockers - Smells Like Spain - 1997
Posted by Curty Ray

If you can find Smells Like Spain online, you're a better man than I, sir! I have five copies left, and I'm in the band!
I think we may re-release it one of these days (soon, soon)as a bonus when we remaster our first album (also out of print).
Anyway, thanks for the plug! I enjoy your blog.--Seth

What a very fine band the Mockers are and while Smells like spain with involvement from the Rooks, the Gripweeds and the legendary Brad Jones is a fine little taster I would heartily recommend THE LONESOME DEATH OF ELECTRIC CAMPFIRE..their superb last album as the real power of this wonderful combo.