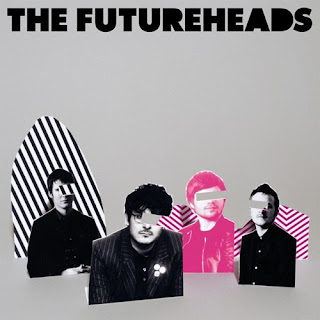 On their self-titled full-length debut, the Futureheads turn the promise of their early EPs and singles into an almost relentlessly playful, lively, and smart album of zippy post-punk-pop. Even though shades of XTC, the Jam, and Gang of Four (whose Andy Gill produced the album) jump out at almost every turn on Futureheads, the band's chiming, precise vocal harmonies -- which sound more British Invasion than new wave -- give their sound a distinctive kick. And, while they follow in roughly the same footsteps that other post-punk/new wave renovators like their friends Franz Ferdinand, the Futureheads sound too spazzy to be quite that fashionable; likewise, they're bouncy and danceable without being tied into the increasingly tired dance-punk sound. Futureheads includes a few songs from the 123 Nul and First Day EPs, and while the album doesn't exactly suffer from the inclusion of tracks like "Robot," "Carnival Kids," and "First Day," the band's newer work shows how they've already refined and expanded their sound since they wrote these songs. With its slower pace and doo wop-inspired vocal arrangement, "Danger of the Water" finds the group trying on different ideas for size. The breezy "Meantime" and "Trying Not to Think About Time" stretch and snap in all directions, with tight dynamic shifts and wound-up melodies. As distinctive as the Futureheads' sound is, the album's standout track is a cover: their tremendous version of Kate Bush's "Hounds of Love" captures the breathless buzz of falling in love. It's the perfect combination of the band's thrilling sound and strong, evocative songwriting, a department in which the band's own work can fall a little flat: individually, tracks like "Le Garage," "He Knows," and "Alms" are bracing fun, but they tend to blur together within the album's context. Fortunately, singles like "A to B" and "Decent Days and Nights" and final track "Man Ray" show that the Futureheads can write songs that don't just depend on their emphatic delivery. While a little more depth in their songwriting would make them unstoppable, the Futureheads' first full-length is an undeniably exciting debut that just gets better with repeated listens. -AMG