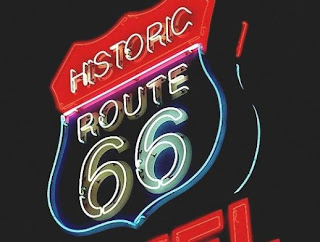 I have been kind of mailing it in lately and need some time off. Gonna hit ol' Route 66 with the family and see this great country of mine!

The Injured Parties - Fun With A Purpose - Now Avialable 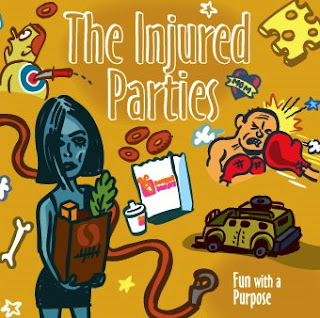 I've got a soft spot for noisy power-pop, and 'Fun With A Purpose' pulled me right in away. 'American Comfort' starts the album incredibly well, you can't help but tap your toes, nod your head and wave your arms around and it doesn't let up either. Essentially no filler on this album and every song is better than the previous song. For those that like their Power Pop crunchy with just the right amount of jangle, this is for you!! This is "Highly" recommended 5 Stars - Curty Ray, Power Pop Overdose

Find out more about The Injured Parties at http://theinjuredparties.com/ or http://www.myspace.com/injuredparties

as well as other retailers!!
Posted by Curty Ray No comments: 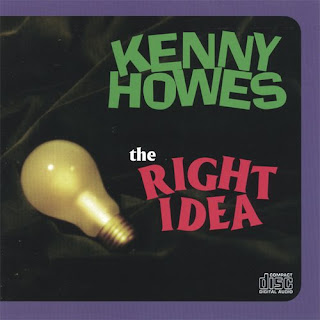 Kenny Howes' first three albums -- Nothing Wrong With That, Kenny Howes' Second Album, and Back to You Today! -- were some of the most talked-about releases of the mid-'90s power pop underground, but because they were pressed in small editions, they disappeared quickly. So when Howes signed to the Atlanta-based indie Second Heaven in early 2000, the first order of business was to release The Right Idea, a remixed compilation of tracks from those three albums, plus some outtakes and rarities, like the stomping garage rock title track from the soundtrack of a little-seen indie film. The 14 tracks are a good solid overview of Howes' career, hitting most of the high points, like the Beatlesque "Thought You'd Never Go," which mixes sweet harmonies with sour lyrics in a manner not unlike fellow Georgian Stephen Fievet of LMNOP. The celebratory "Girls With Glasses" is another highlight. While Howes occasionally strays a little too far into simple revivalism, his skewed lyrical sense and fondness for brash, rough-edged production keep things on the right track. -AMG

Salt Lake City based Michael Gross & The Statuettes formed in the summer of 2008. Michael Gross was previously the guitarist and one of the singer/songwriters in the band “The Brobecks” from 2003-2007. The band toured regularly and caught the attention of many music industry folk and media in their time together. As time went on, ideas and business decisions differed, and 3 of the 4 members eventually left the band and went their own way. Michael included.
After a short stint in a band called “Lets Become Actors”, Michael recorded a solo CD in the spring of 2008 titled "Tales From a Country Home". A short time later, Michael formed a real life band. The Statuettes were born. Living never felt so good.
The Statuettes (Michael Gross – vocals/guitar, James Kelley - guitar, Benjamin Johnson – bass/keys and Matt Glass – drums/keys) have been described by the Salt Lake City Weekly to play “twangy pop that has a slightly uneasy tone beneath the jingle jangle flow” and have released their debut E.P. titled "Dust and Daylight" in May 2009. With a keen mind and a positive self body image, the band is looking forward to touring the U.S., recording more music, and other lovely things in the coming months.


Michael Gross & The Statuettes - I've Been Wrong Before 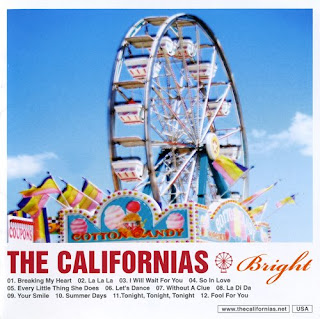 I like to think that another world exists out there somewhere. It’s the exact mirror image of our world, only in this world, "pop" isn’t a dirty word. It hasn’t been co-opted by cookie-cutter boy bands or manufactured mannequins masquerading as the modern Madonna. In this world, "pop" is taken back to its roots -- to clean, hooky guitars; tight, snappy bass lines; and a solid foundation of four beats, all of which are on the floor. In this world, The Californias would be king.
Comparisons to the Beach Boys and the Beatles are easy (but appropriate -- guitarist/vocalist Mike June played Paul McCartney in a Beatles tribute band for five years), but The California’s slick, well-produced (but thankfully not overproduced) garage-pop is also reminiscent of The Zombies and The Cars. And while the music might evoke images of sun, surf and smiles, this is no period piece. What separates The Californias from their cheerful competitors is the sense that The Californias aren’t acting -- they believe in their posi-pop 100 percent. Listeners will get that feeling as well, and that feeling will lift them out of their seats and on to the dance floor, where, come twist or come twerk, you’ll be moving. - Patrick Wall/FreeTimes, Columbia, SC 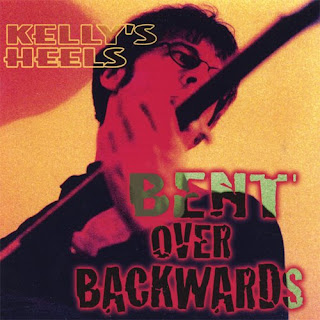 Throw the melodies and harmonies of the 60s up in the air, smash them into submission with the full-on attack and energy of punk, add a distinctive vocal style a la Costello or Tilbrook, and you have Kelly's Heels. Led on guitar and vocals by Bob Kelly, supported by the ferocious drumming of Jim Kimberley and the groovy bass lines of Isobel Morris, this is a band you can't afford to miss. Though you can hear the influences of the British greats - The Beatles, The Kinks, The Who - in the music, the band blends those influences into a mix that is both highly contemporary but also timeless, producing a rich variety of stunning songs. Whether it's the energy and punkish swagger of Making Me Go On, or the heart-rending poignancy of the ballad Bright Tomorrows, the versatility of Bob Kelly's songwriting is a revelation. Londoner Bob Kelly formed his first band with classmates at school in England at the age of 9. His first band The Ashes gigged regularly around London playing a fast-and-furious brand of post-punk power pop. Following a band name change to Kelly's Heel's, Bob met Jim Kimberley, whose ability to match and, in some cases, challenge, on drums the relentless pace set by Bob on guitar, has led to a positive creative partnership. The addition of the beautiful Isobel Morris on bass and backing vocals completes the line-up. -CD Baby 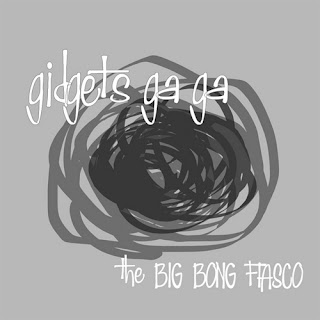 The word ‘pop’ is heard a lot in the music business. It is used to describe so many different kinds of artists that the true meaning of the word becomes unclear. “Pop” means “popular” ultimately and there is only one reason why any music becomes popular and that is because that music makes a true connection with its audience.
Chicago band GIDGETS GAGA is better than most at making this connection. Their sound is a heady mix of all that has come before and all that is yet to be. Echoes of classic British Invasion pop, Nirvana, and The Replacements can be detected, along with the bands’ own take on what it takes to make a 3-minute song matter. They are about punk rock energy and timeless pop melodicism. They are new yet instantly familiar in that “this is my new favorite song” kind of way that true fans live for.
They have spread their word from every major stage in Chicago and are poised to break out to the world at large. They are running on drive, heart, and a belief in their own destiny. Soon, the world may find itself destined to hear GIDGETS GAGA blasting out over the airwaves and taking their rightful place amongst the most popular acts in rock and roll. 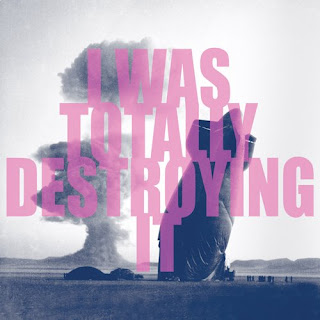 Hailing from Chapel Hill, North Carolina, I Was Totally Destroying It (IWTDI) have been swinging sledgehammers at barriers since early 2007. Can a band whose ages span seventeen years demonstrate the chemistry to keep them cohesive? Can a band toe the line between mainstream palatability and indie-rock influence while appealing to a wide range of audiences? Can a bumblebee overcome the ratio of its wing span to its mass and produce enough lift to take flight? We now know that the answer to all of these questions is a resounding YES!

Mixing indie rock veterans James Hepler (Sorry About Dresden, Erie Choir) and John Booker (Strunken White, io) with talented young upstarts Rachel Hirsh (A-OK), Curtis Armstead (Places to Live), and Joe Mazzitelli (Lemming Malloy) has so far been a recipe for awesome. A unique blend of 80's rock- think Outfield and The Cure- and 90's indie rock such as Superchunk, Velocity Girl, and The Anniversary leaves listeners' palates assaulted by pop flavor. IWTDI sweat and slave over their songs, leaving no aural opportunity unvisited. Their lyrics belie the sweet, sunny suggestions of their upbeat melodies, inviting you to listen in on their conversations about self loathing, fear, and intimacy. The end result is a feast of music worth sinking your teeth into.

The Witch Riding Your Back
Posted by Curty Ray No comments: 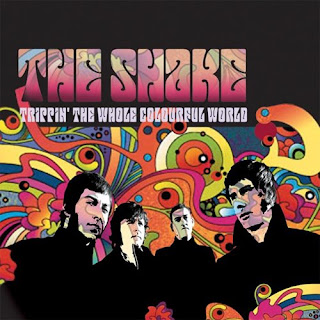 The Shake's debut album has listeners wondering what year it is and what country the band is from--this is prime 1960s American garage music, recorded in 2007 by a band from Spain, and the details are spot on. Even the production mimics the ... Full Descriptioncharmingly cardboard-y sound of NUGGETS-era psychedelia, and the songs are catchy, simple, and played and sung with complete conviction. 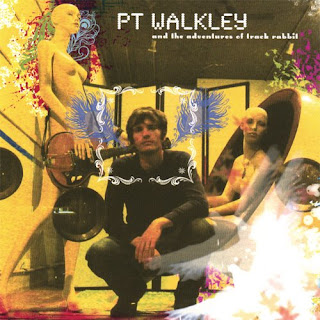 Even if you haven't heard of PT Walkley, you might have heard him whistling in a MasterCard commercial or singing "Have You Ever Seen the Rain?" in a GE spot.
For a handful of years, the songwriter has earned such placements working at Frisbie, a creative advertising and branding music studio in New York. A day job as a composer has left Walkley ample opportunity to use the studio's facilities for his own music, which blends feel-good, upbeat pop with Brit rock. -Billboard.com


Case doesn't get much better than this -- the stories are refined, if that's possible, and his voice is stronger and clearer with age. He excels at the self-proclaimed semi-autobiographical numbers, whether on the bittersweet "On the Way Downtown," a lament like "Drunkard's Harmony" or the career retrospective "Still Playin'." With such a strong debut, follow-up and mid-career resurrection, the question still remains: when will Case achieve the recognition he deserves as one of his generation's finest songwriters? -AMG 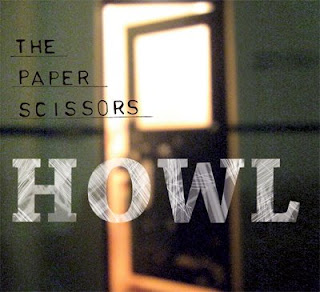 Howl is now available on