The legendary post-punk power pop band Sorrows will be heading out on the road in September for a string of West Coast dates in support of their recent full-length album Bad Times Good Times, with additional East Coast dates to follow later that month. 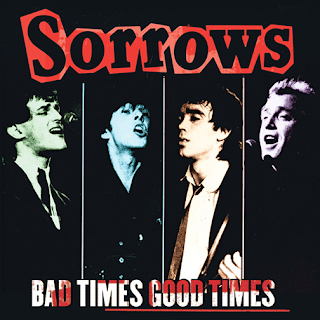 The recent release last winter of SORROWS' Bad Times Good Times (Bomp! Records) marked the first time ever that this music has appeared on CD as well as LIMITED EDITION VINYL. Filled with previously unreleased recordings of their power pop gems, demos and live performances, the album is a feast for post-punk new wave fans and collectors who have been asking for years to be able to get their hands on SORROWS' music. Formed in 1977 in NYC by Arthur Alexander (ex-Poppees), Joey Cola, Ricky Street and Jett Harris (ex-Poppees), SORROWS were all about the songs. Their tunes are filled with strong melodies, irresistible hooks and creative harmonies supported by their powerful backbeat and hard-driving guitars. SORROWS two critically acclaimed albums and several singles on CBS Pavillion have become highly praised and are sought after collector items.

FOR MORE INFO ON BOMP RECORDS:
www.bomp.com
Posted by Curty Ray No comments: 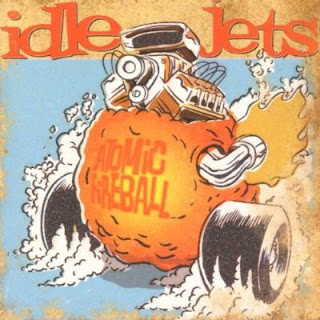 For a debut album, Idle Jets' Atomic Fireball is a remarkably accomplished piece of crisp and clean power pop. The first track, "Genius of the Obvious," is a perfect example of perfect, melt away pop -- complete with cascading riffs and smooth harmonizing. That's just the tip of the iceberg, though; the acoustic swagger of "Mallory," complete with hand claps, and the smooth '80s-sounding power ballad "Umbrellas in the Rain" are also amongst the disc's highlights. For the more revved-up numbers, the band occasionally shows their Nashville roots; both the title track and "Lady Satellite" feature a kind of bluesy, George Thorogood-like vibe. For a debut, "Atomic Fireball" is absolutely excellent, and a very worthy contribution to the Not Lame family of artists. -AMG 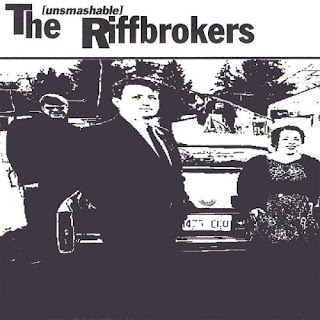 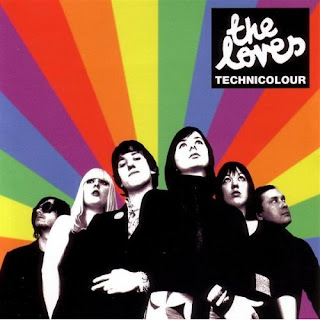 The Loves are a Welsh indie pop group whose slinky, gritty, right-at-home-in-the-garage-style indie pop tunes give a nod to 1960s-era bands like the Velvet Underground and the Rolling Stones, not to mention more recent acts like Helen Love, the Aislers Set, and Saturday Looks Good to Me. Since its formation in 2000, the band has been made up of an ever-shifting cast of dozens of members, including the School's Liz Hunt; the band's core members as of 2009 included frontman Simon Love, Dan (bass), Jenna (vocals), Ed (keyboards), and Johnny (drums). The Loves' debut album, Love, came out on Track & Field Records in 2004; their sophomore effort, Technicolour, was released in 2007. An EP, One-Two-Three, came out in 2009; the Loves' third full-length, the appropriately titled Three, was also released that year. As the band neared the decade mark, the Loves decided the time was right to cease operations. The band began playing farewell shows throughout the U.K. in late 2010/early 2011 and ended on a high note with the release of its album, Love You, in January. -AMG 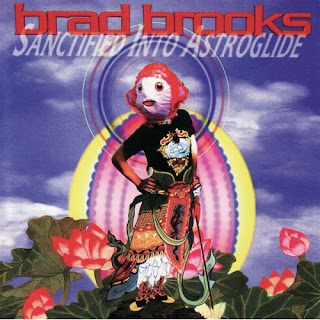 If you could take sunshine, collect it in a jar, and then pour the incandescent liquid over piano keys and unplugged guitars and chiming tambourines, you might end up with a Brad Brooks song. All those dream-inducing Beach Boy harmonies and syrupy slow music combine to sound like a summer day when the gentle breezes keep the heat away and gently brush the hairs on your face. 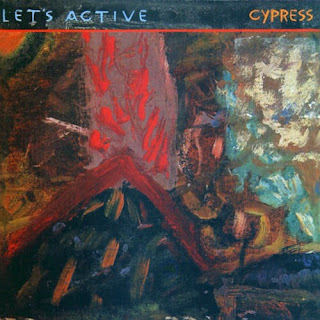 Cypress was the band's first recording made for release, as opposed to Afoot which was intended to be a demo. Some of its finest moments, such as "Easy Does" and "Waters Part," are in keeping with Afoot in terms of form, but the added care taken in its recording makes this album shine, and further illustrates Mitch Easter's talents as a producer; the more expansive arrangements (with a surprising amount of synthesizers) and subtle sonic explorations more fully illuminate the songs. Within a distinguished and consistent catalog, Cypress stands as the high-water mark for the band. -AMG 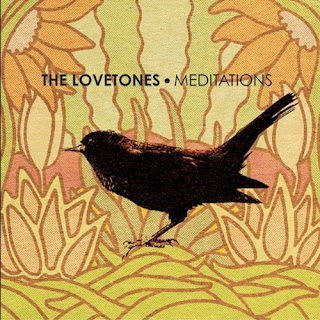 If you're looking for an ultimate half and half fusion of John Lennon with early-'70s David Bowie, the Lovetones' second album is one of the closer approximations that's apt to appear. They credibly recall both of those figures in the arching vocals and earnestly penetrating vocals, and (at least as far as Bowie goes) in a vague sort of launching-into-the-cosmos ethos. As with many efforts that bring to mind icons of decades past, half and half don't necessarily make a whole on par with the whole of any single one of their inspirations. There's a slightly lazy, drifting feel to lyrical preoccupations, and a similarity of approach throughout most of the tracks, that the masters of these kinds of forms transcend with greater eclecticism and vision. Keeping your expectations realistic, however, it's a pleasant listening experience, with an effectively psychedelic-tinged, full but not densely cluttered blend of electric and acoustic guitar and keyboard textures. The keyboards in particular recall early Pink Floyd on "Genius" and the dramatic closing instrumental, "The Color and the Cut," which builds to an opus-like piece after a comparatively modest beginning. Among the highlights are "Inside a Dream," with its gently sliding guitar glides; "Come Home," which sounds a little like the Beatles' "Free as a Bird" as done by an indie band; and "Across the Sea," whose chorus can't fail to recall the melody of Buffalo Springfield's "Broken Arrow." -AMG 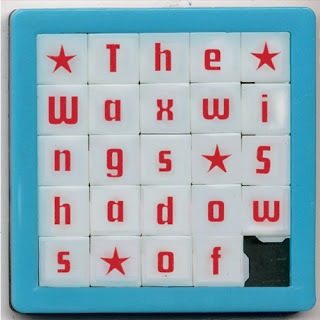 The Detroit quartet the Waxwings have been sharpening their streamlined '60s pop since the mid-'90s, plucking other sounds from the Beach Boys, Simon & Garfunkel, and the Zombies. Frontman/guitarist Dean Fertita, who used to play in the Motor City rock outfit Reigndance with fellow MTV's The Real World I cast member Andre Comeau, placates the band's retro-spiced sound with space rock elements and light melodies for a spiraling rock crash. He and Dominic Romano (guitar), Kevin Peyok (bass), and James Edmunds (percussion), signed with Bobsled Records, home to Adventures in Stereo and Velvet Crush, to release the Waxwings' debut Low to the Ground in May 2000. Shadows of the Waxwings appeared two years later. In June 2003, the band parted ways with Bobsled after a tumultuous relationship with owner Bob Salerno. They also headed into the studio in July with fellow Detroit native Brendan Benson to record a new album; two cuts from that session were slated to appear on an one-off Cass Records single before the summer's end. -AMG 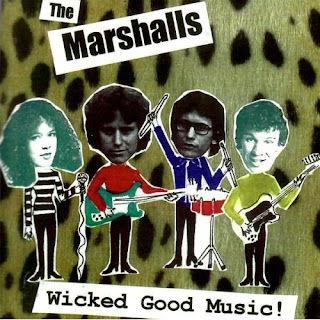 A big time find for fans of late 70`s power pop! The Marshalls grew up in Boston during the seventies and released one single only during their career. Here are some ditties from the Rat era when they were playing with the Cars, Real Kids, Stompers, Fox Pass and the Nervous Eaters. Their tracks are in the vein of the first album from Pezband, early Rubinoos, Scruffs, Innocents and Titan Records (Arlis, The Boys, Gary Charlson). It really is a major find for fans of this era and will surprise many, many folks. -Not Lame 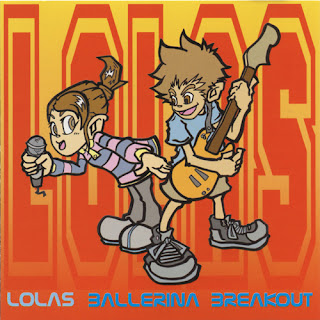 Alabama -based power pop /bubblegum combo the Lolas formed in 1998 around vocalist /guitarist Tim Boykin (ex-Shame Idols), drummer Mark Reynolds, and bassist Walon Smith. They debuted with the Ballerina Breakout LP a year later, and followed it with Silver Dollar Sunday in 2001. Both albums were issued through the indie Jam! Between albums the Lolas did some touring, and recorded a blisteringly faithful version of "Color Me Impressed" for the 2001 Replacements tribute on Facedown entitled Left of the Dial. 2004 saw the release of Something You Oughta Know, again on Jam!. -AMG 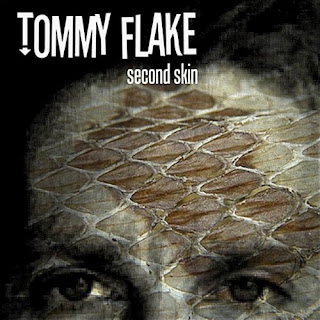 Tommy Flake (aka Randy Seals) started back in the late 90’s as an outlet for Randy’s songs. Seals toured with bands of significant notariety and quality including Elvis Brothers, Beatifics, and Peach Fuzz, just to name a few.
Tommy Flake emerged as his songwriting nomenclature and his first album, Bliss, featured him playing guitar, bass, drums, keyboard, and vocals as well as engineering and production. Mixed by the pop genius of Adam Schmitt and with the help of several guests musicians, the effort received much praise and got Tommy into SXSW in 1999.

Since then, Randy has released two additional CDs, seen the birth of a son, and earned a Masters degree in social work, all while writing and performing his own brand of power pop.

Now Tommy Flake is back with his first release since 2007 entitled Second Skin, and with it he gives us 13 reasons why it was worth the wait. Give a listen to three of those reasons by visiting his site at www.tommyflake.com and purchase it as an mp3 download at CD Baby or iTunes. 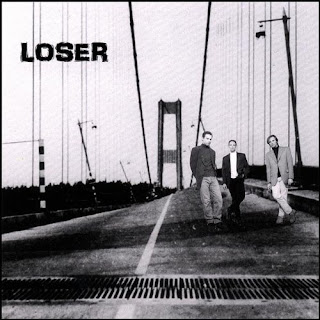 This is the Lund Bros' first release. Originally released in 1998, it is still a fan favorite due to the strong songwriting and powerful rock and roll hooks. This album was partially funded by Geffen records, who after hearing it decided to pass on the band as it was "too much like the Beatles". The band take that as a complement. If you like Cheap Trick, Badfinger, Raspberries, Queen, and other British Rock sounds be sure to check this out! -CD Baby

Did Ya Miss Me?

Here is a pretty cool one from The Carousels.

Call Along The Coast by thecarousels

I like it, let them know what you think.