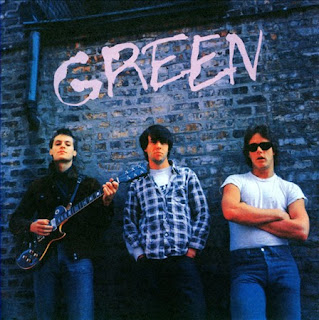 In the mid-'80s, Chicago's music scene was dominated by muscular, hard-edged punk-inspired acts like Naked Raygun, Big Black, and the Effigies, and in this context Green stuck out like a sore thumb, as Jeff Lescher and his bandmates wrote smart, tuneful, and energetic pop tunes and played them with the appropriate degree of spunk communicated through simple, well-crafted arrangements. Listening to Green's first full-length album years after the fact, it often seems as if Green were pushing the aggressive factor of some of their songs in order to better fit in with their peers; the anger of "Hurt You" and the snarky attitude of "Big in Japan" and "I'm Not Going Down (Anymore)" feel forced, and while these guys could rock out when they wanted, they were always at their best when they were willing to fly their flag for the hooky stuff they loved. And there are some top-shelf pop tunes on Green's self-titled debut; the nervy "Gotta Getta Record Out" is an anthem for every band with more ambition than experience, "Curry Your Favor" is full of heartfelt romantic yearning, the mostly acoustic "For You" shows off a folk-rock influence that fit this band nicely, "I Don't Wanna Say No" does the same for rhythm & blues, and "I Play the Records" is a irresistible rocker with a snaky guitar line. Lescher's guitar and vocal work is strong throughout, bassist John Diamond and drummer John Valley fill in the empty spaces and keep the music moving forward at all times, and if the production is a bit thin in spots, it captures the essence of the band very well indeed. Green may not have been the hippest band in Chicago in 1986, but the album they made that year shows they could write a great song and make it work on tape, and that's a skill to be appreciated whatever the time, place, or fashion. -AMG 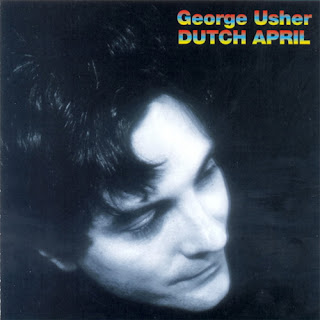 They just don't write pop songs like George Usher's anymore -- jangly, sparkling and effortlessly irresistible, his music is a throwback to another era, with rich melodies and sugar-sweet arrangements harking back to the glory days of the Beach Boys and the Left Banke (with a considerable tip of the hat to the Byrds as well). Dutch April is a small treasure, a virtual primer in pop craftsmanship -- highlights like "You Better Let It Go" and "Begging for Rain" possess a timeless quality that's all too rare, being instantly memorable but also fresh upon each repeat listening. -AMG

The Pencils + bonus disk available this week at Kool Kat 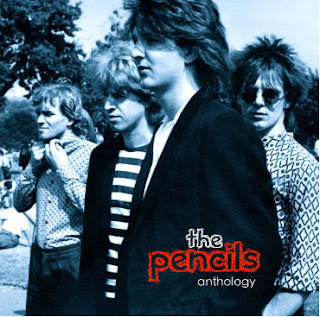 Available for the first time ever on CD is the self-titled, ridiculously rare, previously vinyl-LP by 80's British power poppers The Pencils! And, in true Kool Kat style, we've fleshed it out with an additional two discs worth of previously unreleased material! The Pencils were a band that were never even a blip on the radar of power pop experts and aficionados, but once you hear them I think you'll agree that a true "lost gem" of a band/record has been unleashed upon pop fans everywhere! COMES WITH AN EXCLUSIVE BONUS DISC - "EARLY SKETCHES" - AN 8-SONG COLLECTION OF EARLY "HOME DEMOS" RECORDED BY THE BAND IN 1981.  To order, simply click here ! If you're a fan of Squeeze, The Kinks, The Pinkees, The Romantics, Elvis Costello, and Sire Records-period Searchers, then you're gonna LOVE this!

Drink A Toast To Innocence: A Tribute To Lite Rock 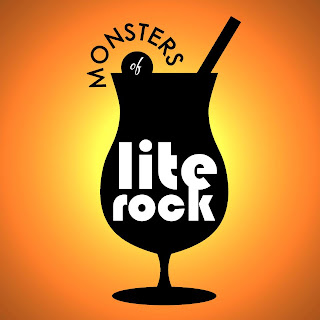 Longtime friend of Power Pop Overdose , Andrew Curry, is putting together an album that pays tribute to the Lite Rock classics of the late '70s and early '80s. Scheduled for a spring 2013 release, "Drink A Toast To Innocence: A Tribute To Lite Rock" will spotlight those songs originally made famous by the likes of Robbie Dupree, Randy VanWarmer, Ambrosia, Rupert Holmes and many more, and features an artist roster that includes Mike Viola, Bleu, Linus of Hollywood, and David Myhr, among others. Join the Facebook page devoted to the project to learn more about the album, the participating artists, and the songs they'll be covering (https://www.facebook.com/DrinkAToastToInnocence).

The Condors - Tales of Drunkeness and Cruelty - 2001 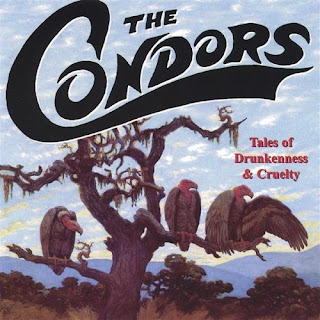 With jumping rhythms and catchy guitar figures running throughout the album, the Condors find a comfortable sense of energy; it's the link between rockabilly, classic R&B, mod and first-wave punk. With a slightly dirty sound, the band cranks out down-home rockers smacking of fun times. Songs like 'Got No Reason,' sparkling with the spice of mod-pop guitar work, or the chicken-pickin' country-rock guitar of 'Drinkin' Myself to Sleep,' offer nothing but good, clean rock'n'roll fun. -Matt Schild, AVERSION.com 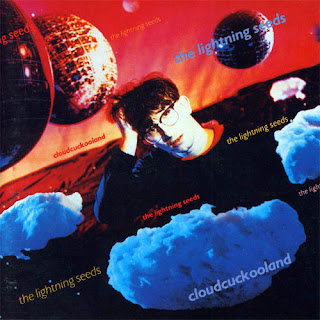 Taking what he learned from his days in Big in Japan and his '80s production work with A-listers Echo & the Bunnymen, Ian Broudie created the Lightning Seeds project to better serve his cravings for shameless, lush pop. Even in these early days, with singles like "Pure" and "All I Want," you can hear why comparisons to a less burlesque Pet Shop Boys or a Matthew Sweet synth tribute band didn't have to be unpleasant criticisms. Ian Broudie has always had an evident love for freshly squeezed, exquisitely produced conservatism, but as in the decidedly odd "Control the Flame," not without the awareness of discovering it with well-constructed unsophistication. For some, Broudie destroyed his subsequent career by trying to recreate the gelatinous flavor of Cloudcuckooland without its flaws, relying too much on its John Hughes sonics, and mistaking his very strengths for hard and fast rules that would not and should not be deconstructed again. -AMG

Serious Business on BTR is hosted by Travis Harrison, head of Serious Business record label, and each week he invites a new band to his studio for exclusive interviews where anything goes. This week's episode features Portland singer/songwriter, Kurt Baker. Check it out. 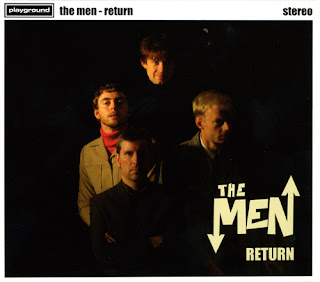 The Men is a Mod outfit from Lund, Sweden, and something of a small “supergroup” since they formed out of four already established Swedish garage bands, The Sinners, The Girls, Thee Expression and Colubrids. They got together a few years ago to form the ultimate live-band; explosive, stylish, tight, groovy, cool and fun (No shoegazers!) – a band the members themselves would love to see. For their first album The Men picked their songs from the same sources The Stones, The Who, The Action and The Small Faces did when they started. Simple, gutsy and groovy black R&B and soul, delivered in a white guitar group-style with high three-part harmony vocals, á la spring 1965 in London. This album was recorded quickly in a two-day session and released in Sweden by Border Music in 2002 and by Pure Pop Records in Australia 2003. Fans as well as critics both home and abroad overwhelmingly received the album. The record received great reviews in Rolling Stone and Scootering to name a few. The Men were rapidly becoming one of the most interesting up and coming acts on the Swedish music scene. -CD Baby 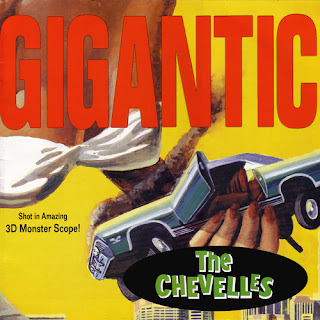