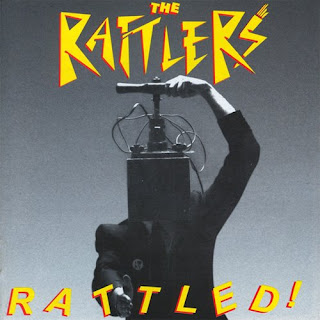 The Rattlers were a New York City band whose sound straddled the thin line between punk and power-pop. This disc anthologizes the 1985 album Rattled! with two singles from 1979 and 1983, respectively. The singles, released on tiny independent labels, boast a crisper, more compact production than the album, originally released on the larger label PVC. Lead Rattler Mickey Leigh is Joey Ramone's brother. The Rattlers, however, staked out their own musical territory based more on an updated '60s garage rock sound. The Rattlers' most obvious '60s influence is the Who, with "Pure and Simple" hinting at "My Generation"'s chord progression and having "Magic Bus"-like between-chorus exclamations of "No-ooo". The lyrics are also more from the Pete Townshend school of introspection than the Mick Jagger-esque blustering bravado typical of many similar groups. The Who influences are however, a foundation for the band rather than a crutch, as Leigh and company bring original ideas into their music. There are stylistic nods to brother Joey's group. Both bands cover obscure '60s tunes, with repertoires incorporating garage nuggets (the Nightcrawlers' "Little Black Egg") as well as shameless pop (a sincere version of the Amen Corner's "(If Paradise Is) Half As Nice"). They also both feature odes to dementia; "I'm In Love With My Walls," the Rattlers' entry, was penned by veteran rock scribe Lester Bangs. The Rattlers' approach, however, is more understated than the Ramones'. -AMG

Oh. My. God. You have solved a 30 year old question that has been bothering me. I heard "On The Beach" on my local college radio station in early '80, and could never find out who did that song! And in a bit of an ironic twist,it was also that particular student DJ's last show. No one else has ever been able to tell me who it was... Thank You!! =D

I found this at some record shop at some point in my past and picked it up cheap. Listened the hell out of it, too. Thanks for the share, as my vinyl copy is in baaaad shape.

You might also enjoy this Mr. Media interview with Legs McNeil, co-author (with Joey’s brother, Mickey Leigh) of I Slept with Joey Ramone and Please Kill Me.

very good album. was not aware of this band until your post. thanks.

Watching them live right now during CBGB Festival at The Bowery Eclectic.

Any chance of getting this one reuploaded? Thanks so much in advance. You've got a fantastic blog!!

Can you re-upload again?
Really want to hear this one!

Hi, do you offer download links or is this an info blog?
thanks