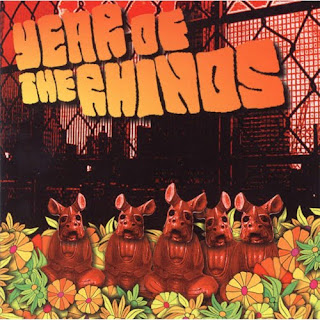 Year of the Rhinos is a pop underground release from Swedish natives the Rhinos. From the first guitar pickings, one can tell that the Rhinos have listened to all of their Byrds records many times. "Stop the Time" has guitar tones that jangle along, while multi-layered vocals harmonize. As the Rhinos push on, the reference to the Byrds goes only so far as the picking and tones of the guitars are concerned. At the Rhinos' best moments, they take some cues from Teenage Fanclub's uniquely modern take on the '60s, making you want to bust out all of your Teenage Fanclub records. "On Bus No. 9" is a bouncy pop tune that touches on an area that the Rhinos could focus and fine-tune. Unfortunately, Year of the Rhinos' midtempo picking gets to be a bit much for the length of the record, but hints at a direction that the Rhinos could tighten up and make their own in future releases. -AMG 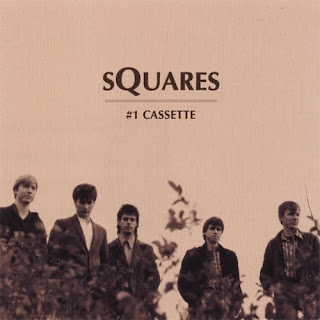 Right after REM knocked the rock-n-roll Establishment on the head with Murmur, the sQuares left the corn fields of Indiana and headed north. For some unknown reason (cheap rent and beer?) the boys landed in Milwaukee. It was 1985 and since they hardly knew a soul in town they spent most of their time writing songs and practicing. In the Autumn of that year they spent a weekend in the studio and produced the critically aclaimed Number 1 Cassette. -The Squares

The Rockwells - Little Symphonies for Kids - 2002 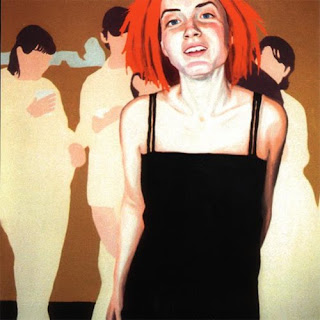 The Rockwells were formed in 1999 by singer/guitarist Jonathan Kelly, who was living in Knoxville, TN, and his brother, singer/bassist Fred Kelly, who was in Memphis, TN. In 2000, Fred Kelly moved to Knoxville, and the brothers were joined in the group by another set of brothers, Tommy Bateman (guitar, organ) and Trace Bateman (drums). Signed to Migrant Records, the Rockwells released their first album, Little Symphonies for Kids, on April 30, 2002. Two EPs followed: EP (2003) and The Brown E.P. (April 15, 2004), the latter released on the same day as the Rockwells' second album, Star*smile*strong. Later in 2004, another EP, Tear It Down, appeared, and it attracted radio play on NPR. The Rockwells spent two years working on their next album, Place & Time, which was released on December 2, 2008. -AMG

Here is the missing track 02 Lonesome No More
Posted by Curty Ray 2 comments: 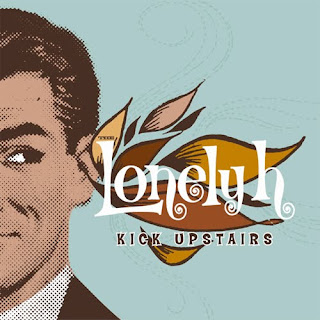 There's a great tradition in rock & roll of small-town teenagers who get together in the proverbial garage and put together a band that takes on the world. It dates back at least to the 1960s and was given cinematic treatment in Tom Hanks' 1996 film That Thing You Do! The Lonely H, a pop/rock quintet from Port Angeles, WA, may remind listeners somewhat of the Wonders, the fictional band from that movie, if only because their musical sensibility is not far removed from the mid-'60s sound that group made, a sound also immortalized on the first Nuggets compilation. But if garage rock is one touchstone for the Lonely H, it also seems clear that lead singer and keyboard player Mark Fredson has been listening not only to the Beatles and the Beach Boys, from whom he and his bandmates have taken notions of song structure, melody, and harmony, but also from Queen, particularly in the piano-based ballads "Sweet Madeline" and "Simple Love." Fredson has facetiously referred to "Zelda" as an "epic ballad," and he is forthright about the swooning effect that a song like "Simple Love" has on the group's female fans. But kidding and pandering aside, he clearly has a strong talent for melody that the group matches with its arranging skill, which is what makes those songs work for audiences as good power ballads always do. That is not to say, however, that the group can't rock out, and it does so elsewhere on the disc. But the Lonely H makes rock music imbued with pop sophistication; they change keys and tempos, and then they throw in an a cappella harmony part to go along with those loud guitars. Fredson, meanwhile, has one of those foggy, nasal tenors that have been cutting through charging rock bands for decades. But while the Lonely H would seem destined for stardom, their very abilities may limit their appeal. All that straight, unkempt blond hair falling across their beardless faces can be less reminiscent of Kurt Cobain than of Hanson, and another great tradition in rock & roll is the coolness factor, which Cobain, for all his troubles, possessed, while Hanson, for all their talent, did not. Like their idols of the '60s and '70s, the members of the Lonely H will have to balance the rock with the pop if they are to succeed. If Kick Upstairs is any indication, they may do just that. -AMG 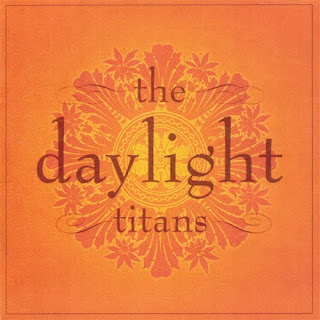 I don't know if there's such a thing as "hard roots rock", but if there is these Texans fit the description. With a driving power pop undercurrent, they call to mind early REM, The Hoodoo Gurus, The Church, and The Replacements ..." -Absolute Powerpop 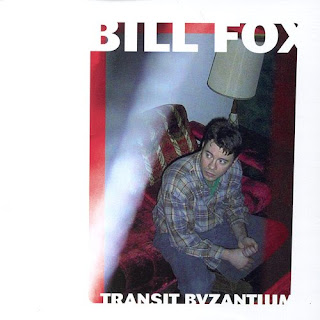 Bill Fox's second solo album pushes his music further away from pop toward a kind of lo-fi folk sound -- recorded primarily on acoustic guitar, with only the occasional touch of harmonica and the even less frequent hint of percussion, Transit Byzantine is rootsy and raw, with the uncluttered arrangements of tracks like "From a Dark Night," "Songs of a Drunken Nightingale" and "Burning Down a Snowflake" preserving the songs' intimacy and warmth. -AMG 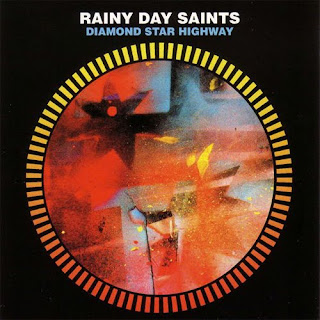 Did it take twenty-plus years for the paisley underground scene to drift across America to the Midwest? Maybe not, but Cleveland, OH's Rainy Day Saints have made what sounds like the great lost album of the pop-psych revival genre with Diamond Star Highway. Guitarist, vocalist and songwriter Dave Swanson has had more than his share of experience in crafting great pop-centric rock as a member of Death of Samantha, Cobra Verde and Guided by Voices, but with Rainy Day Saints he's taken Hungry Man portions of British Invasion jangle, psychedelic melodic haze, folk-rock undercurrents and enough energy to keep the proceedings from sounding effete, and on Diamond Star Highway the results sound mighty fine indeed. There's just the right touch of swagger on "No Surprise," "I Don't Follow" is pure Rickenbacker-fueled bliss, "Infinity (Impossible Like a Train)" is a killer Dylan-meets-Stones hybrid, and the fuzzy, languid menace of their cover of the Dead Boys' "Sonic Reducer" takes one of the great tunes of the first era of U.S. punk and presents it with a fresh new perspective. Swanson is hardly the only star of this show -- bassist Brian P. McCafferty and drummer Scott Pickering are an imaginative and rock-solid rhythm section, while Keith Pickering's guitar accents are spot on throughout. But as the key idea man, Swanson deserves a round of applause for making an impressive step to frontman status, and proving there are still new worlds left to be conquered in the world of garage-minded rock & roll. Would the Long Ryders and Green on Red be so kind as to reunite so Rainy Day Saints can play on a perfect bill where they'd be right at home?-AMG 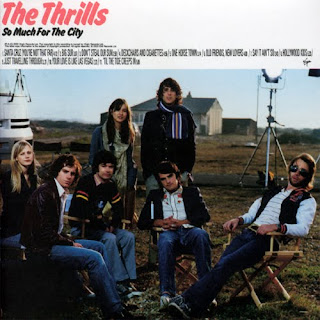 Five friends who grew up together in Dublin, called the Thrills, have produced a remarkably neat debut album. At the heart of their sound is a professed love for the tunes of the American West Coast of the '60s and '70s. Set to a backdrop of Al Green, Carole King, and the Band, they quickly pieced together tracks for their debut album, So Much for the City, during a four-month holiday on a beach in San Diego. But the Thrills aren't afraid to display more modern influences: a small audience at an Abbey Road gig was handed a one-sided 7" single with a cover of the Smiths' classic "Last Night I Dreamt That Somebody Loved Me." Their band name is also partly inspired by Michael Jackson's LP Thriller, and they covered "Billie Jean" on the English television show RE:COVERED. The three singles stand out on first listen as being radio-friendly hits: "Big Sur" opens with a zap of electronic keyboards, is driven by a melancholic banjo riff, and reinterprets the lyrics from the Monkees' theme: "Hey, hey you're the Monkees/People said you monkeyed around, but nobody's listening now." "Santa Cruz (You're Not That Far)" has an inventive time-shifting melody and gorgeous backing vocals, but "One Horse Town," while being a satisfying slice of surf pop, is too repetitive and bland. - AMG 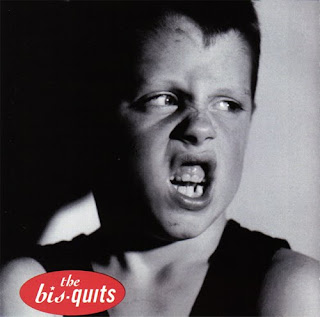 The Bis-Quits counted among their ranks some of the best-known and most-respected Nashville rock musicians. They quickly became a major draw and released their self-titled debut through John Prine's Oh Boy imprint. With the two-headed talents of guitarists/vocalists/songwriters Tommy Womack and Will Kimbrough, along with bassist Mike Grimes, the musicianship is top-notch even as the garage aesthetic lends considerable charm to the outing. Songs like the power pop of "Tommy's on His Own" and the crisp, playful demeanor of "Anal All Day" are as joyously silly as the lyrics imply. However, the insightful, clever songwriting reveals depth on other songs like the smoldering, blues-rock of "Betty Was Black (Willie Was White)," which deals with an interracial relationship. They also do a gorgeous version of Richard Thompson's heartbreaking ballad "Walking on a Wire" (included as a live version). The emphasis is mostly on creating a gloriously fun racket, though, and a listener would be hard-pressed to find a song more engaging than the deft-blend of Handel and Chuck Berry on the inspired "Yo Yo Ma."-AMG 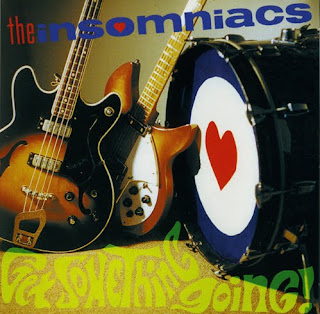 Don't let the fact they're on Estrus Records fool you: The Insomniacs are not just another bunch of down and dirty garage revivalists. This New Jersey three-piece has a healthy taste for British Invasion and power pop sounds that are tuneful without sounding wimpy, and while their music definitely harkens back to pop's past, the songs have a very contemporary snap, and they play with enough punch to make these songs truly rock without losing sight of the melodies. While Get Something Going! doesn't represent a radical departure from their previous work, it shows the Insomniacs keep getting better at what they do, and the best cuts ("Guilt Free," "Something for the Weekend," and "And the Candle Burns") show they have an aural personality that sets them apart from the fuzztone-and-paisley crowd while still honoring their obvious influences. Cool stuff that's ideal for your next teenage party (assuming your guests were teenagers between 1964 and 1967 -- or at least wish they were). - AMG