When Benevolent Power Pop Overlord (and generally righteous dude) Curty Ray asked me to contribute some titles for a Best Of 2012, I had a lot of thinking to do. There were plenty of records I appreciated this year, but I wanted to make sure to offer up a shortlist of things guaranteed to make the listener happy, or at least not want to hunt me down in retribution...so here we go.

1. Brendan Benson - What Kind Of World: It would be petty to say this record asks and answers the question, "Jack who?" Benson, the "other guy" in The Raconteurs not only nailed it with this release, he recorded what may be his finest moment thus far, the killer track "Bad For Me." Seek this out!

2. Bill Lloyd - Boy King Of Tokyo: This is probably the album I have shared with people the most this year. Has Bill Lloyd ever let us down? No, never, and of the releases from 2012 this is the one I wish was on vinyl because it is such a warm, fuzzy throwback to the best pop of yore. I dare you to not hum along to "Up In The Air" or to laugh at the dark humor that surfaces in "Com-Trol."

3. Imperial State Electric - Pop War: Nicke from The Hellacopters has captured '70s power pop in a concise bottle called Pop War without sounding like a rip-off. It's a little glam, a little Cheap Trick, but it never is little in the hooks department. It's crunchy, it's tasty, and it demands to be played ever so loudly.

4. David Myhr - Soundshine: The album that is most like the title of the album, this disc is designed to put a big old stupid smile on your face from ear to ear. To crib a line from Mike Viola, this was the soundtrack to my summer with windows rolled down all the way. For anyone who wishes the Merrymakers would reunite, I don't know how that would be possible, but the overall joy of this recording helps one to forget the prospect (if temporarily).

5. Calexico - Algiers: Okay so it isn't technically a power pop record, but when you need a disc to chill out with, the band co-founded by Joey Burns and John Convertino make a truly international flavor of Americana. The song "Fortune Teller" is easily one of their best out of a sterling career of bests.

Best reissue(s): Has to be Jellyfish landing on vinyl via Omnivore Records. The label released the band's two classics Bellybutton and Spilt Milk with the respect we always knew they deserved.

Biggest disappointment of 2012: This kills me to say it, as there are a few really good cuts on it AND it appears to be a huge hit, but Some Nights by fun. is nowhere near the majesty that was their debut Aim & Ignite. Just sayin'.

There are plenty more great records from the year, but they don't quite fit the power pop mode, so I'll leave it here. But remember, folks. If you like what you're hearing, go out and buy it. That's how we keep this thing going. Have a happy holiday, whatever yours may be, and be ready to rock in 2013. We're counting on you, so don't let us down! 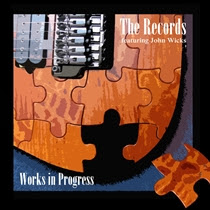 This is a special CDR release priced to move at $12, so order it while you can. You can hear audio clips here or ORDER YOUR COPY HERE.

xo for the Holidays 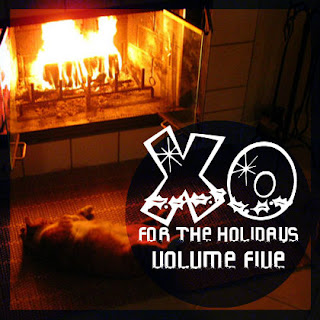 When is it the right time to start pushing holiday music… WHEN Justin Bieber’s holiday album is charting top 20 on itunes! YIKES!

Christmas is almost here and I am sure there will be no shortage of gift ideas placed in your path during the next few weeks. Newspapers, Radio and TV will be filled with ads offering novel, interesting, compelling, and occasionally useful gifts for those on your list!

Home of the fabulous Backsliders, xo publicity offers up their fifth installment of "xo for the Holidays"! Best of all, this one is free! Ho Ho Ho! Happy Holidays from xo!

No Secret Saturday this week, but it will return next week