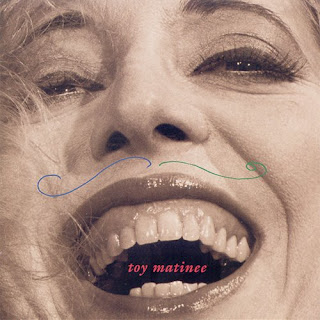 Formed in 1990 by keyboardist, producer, and composer Patrick Leonard and the late singer/songwriter and multi-instrumentalist Kevin Gilbert, the Los Angeles-based Toy Matinee was known for its polished and carefully arranged pop/rock ditties. A studio savvy duo who were comfortable with collaborations, Gilbert had also joined forces with Sheryl Crow, Michael Jackson, and Tina Turner, while Leonard has worked with such pop luminaries as Elton John, Madonna, Roger Waters, and Jewel. With Special Edition, the band's self-titled 1990 album is re-released along with a 28-page booklet and four additional "bonus" tracks: Kevin Gilbert's "Blank Page" and demo takes of "Last Plane Out," "Things She Said," and "There Was a Little Boy." "Last Plane Out," the CD's opening track is -- like most of the band's songs -- characterized by diatonic vocal harmonies, a tight rhythm section, blues guitar riffs, and a hook-heavy chorus. With "Turn It On Salvador," a song dedicated to Salvador Dali and immersed in appropriately surreal lyrics, Julian Lennon chimes in with backing vocals in a section that sounds particularly Beatlesque. Sal's Clarinet Trio -- Jon Clarke, Jon Kip, and Donald Markese -- closes "Turn It On Salvador" with a swinging melodic phrase that compliments Leonard's concordant piano passages. The band's songs are mostly unique, though shades of a Pink Floyd ballad can be heard at the beginning of the band's self-titled track, and Steeley Dan-sounding chord progressions are undeniably present on the album's seventh cut, "The Ballad of Jenny Ledge." All in all, this Toy Matinee re-release offers thoughtfully constructed and exceptionally played pop/rock songs alongside a number of slightly derivative songs that have a bit too much of that teased-out 1990s hair band aura. -AMG

This Is One Great Album. Thanks.
Zim

This is a wonderful album and I apprecite your efforts to allow us the opportunity to hear it.

FYI Track 8 the extended version of There Was A Little Boy which appeared on the orginal lp is missing on my dl.

Hey wkc! Thanks for you comments and keep 'em coming!

Here is the missing track, I am sorry I missed it. I am still recovering form vacation

Thanks for the missing track. Wonderful blog. best wishes

the links are dead. Could someone reupload? Please!

the links are dead. Could someone reupload? Please!

Toy Matinee was an excellent LP, and Gilbert's first solo album "Thud" is also worth hunting down. Less poppy, but still awesome throughout.