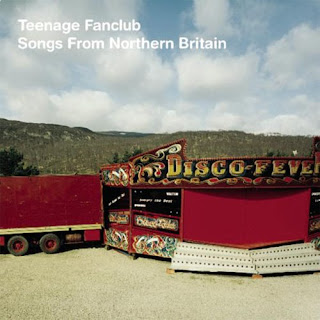 No longer the brash, slightly grungy flavor of the month they were in 1992, Songs From Northern Britain finds Teenage Fanclub's trio of singer/songwriters -- Gerard Love, Raymond McGinley, and Norman Blake -- addressing adulthood and responsibility with a bright optimism that sets them apart from many of their contemporaries. From the cheeky yet heartfelt title to the gorgeous cover photographs taken by the band with photographer David Milne in the Scottish Highlands, Songs From Northern Britain is ostensibly a concept album about home and love. Much like the Byrds, the Eagles, and Crosby, Stills, Nash & Young identified themselves with Los Angeles and Topanga Canyon, Teenage Fanclub has become intrinsically linked to Glasgow and rural Scotland. On "Planets," Blake sings, "We're going over the country/And into the highlands/To look for a home." Similarly, on "I Don't Want Control of You," one of the most beautiful affirmations of fidelity in a relationship, Blake writes, "Everyday I look in a different face/Feelings getting stronger with every embrace." The overall effect is a feeling that the members of Teenage Fanclub are happy with who they are and who they love and see these notions as universal ideals. Musically, the album is more arranged than past releases and delves further into a folky, acoustic sound that fleshes out their Big Star fascination with some sweet harmonies à la the Byrds. There is even a slight bit of country twang mixed into these eminently hummable songs. This isn't to say that Teenage Fanclub has gone completely acoustic, though, as "Planets" features the sonic rush of a Moog synthesizer and fuzzy electric guitars rock pleasantly throughout much of the album. While Songs From Northern Britain may be too gentle and subtle for those listeners not willing to give it more than one spin, it is a resolutely beautiful album that will most likely stand as Teenage Fanclub's masterpiece. -AMG

Teenage Fanclub is one of my favorite groups so I really appreciate you posting this. Do you have any of their singles? They do a lot of interesting covers on them.

This album is their masterpiece. Better thank Grand Prix in my opinion. 'Planets' is incredible.

incredible band , their start again singles (i own 2 of them if interested)which came out at the time are worth listening to . wish i could hear them live one day but they seem rare .

yankee boy i own sparky's dream (4 tracks)mellow doubt(4tracks), 3 french live tracks ,and 2 start again (4 tracks each)singles .tell me if interested i might take some time to post them somewhere .

This blog is amazing!!!! i love all kind of songs because I think the music is like energize that is transforming our lives. I usually like to go to the places whose people are happy and enjoy their music, I thin you must to visit
costa rica investment opportunities
Is a fantastic experience.