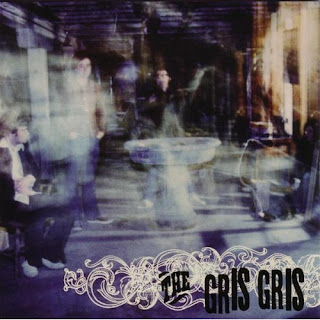 The Gris Gris' striking self-titled debut album is made all the more captivating by the fact that the band's music isn't easy to categorize: There's enough snarling, stomping rock on it that the band could be very loosely tied in with the waning garage rock revival of the 2000s, in much the same way that bands like the 13th Floor Elevators took '60s garage in much darker and weirder directions (and indeed, Roky Erickson's influence is often felt on the Gris Gris). Just as often, though, Greg Ashley and the rest of the band play delicately trippy psych-folk that wouldn't sound surprising coming from Syd Barrett or Devendra Banhart, and the album's evocatively muddy production adds to the overall what-decade-is-it-anyway feel. But though the Gris Gris' roots are clear, their album is another reminder that it isn't what you take from, but what you do with it, that matters. The eight-minute long opening track, "Raygun," combines the band's sonic extremes, beginning with a fragile guitar melody and Ashley's equally vulnerable vocals before feedback changes it into an angry, paranoid rocker, introducing the band's mercurial approach and epic scope. The rest of the Gris Gris' songs aren't quite as polarized, but they do cover a lot of musical territory and make for some interesting juxtapositions. "Mary #38" is a bluesy lament that recalls the White Stripes' earliest, eeriest moments; remembering all the times his girl ran around on him, Ashley sings "Oh, my little Mary" as a spine-tinglingly tender threat that makes the next song, "Me Queda Um Bejou," a gorgeous acoustic love song sung partly in Portuguese, sound even sweeter and fresher by comparison. And though "Plain Vanilla" and "Best Regards" create a witchy atmosphere -- which is entirely appropriate, considering the voodoo origins of the band's name -- the Gris Gris' real drama comes from "Everytime," which boasts a vertiginous opening riff that rivals those of "Eight Miles High" and "19th Nervous Breakdown," castanets, and oddly creepy lyrics like "Every time I see your eyes my mind begins to drool." Add in the straight-up garage rave-up "Necessary Separation" and the Stones-y country-pop of "Winter Weather," and you've got a collection of songs where no track sounds exactly like the one before it. However, they still hang together as an album, one that offers a few familiar reference points and a lot of mystery ripe for exploring. -AMG