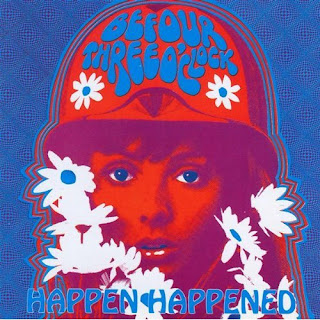 In March 1981, South Bay, CA, teenager Michael Quercio formed the Salvation Army, a punky, psych-influenced garage band that took most of its stylistic and musical cues from Lenny Kaye's Nuggets anthology. Before the year was out, the Salvation Army had a single out on the Minutemen's New Alliance label, a new guitarist (Greggory Louis Gutierrez), and a batch of new songs to demo. After this demo was played on Rodney Bingenheimer's massively influential Rodney on the ROQ radio show, Lisa Fancher signed the Salvation Army to her Frontier Records and released the trio's self-titled debut in May 1982. The philanthropic organization took umbrage and the Salvation Army politely changed their name to the meaningless but suitably psychedelic the Three O'Clock, replaced drummer Troy Howell with ex-Quick drummer Danny Benair, added keyboardist Michael Mariano, and transformed themselves into the leading lights of the paisley underground, a phrase invented by Quercio that's dogged him ever since. Fancher reissued the Salvation Army album under the clever name Befour Three O'Clock after the group misguidedly left Frontier for IRS, and in 1992, collected the full album, that pivotal five-song demo, and all four songs recorded during the sessions for the New Alliance single for a comprehensive collection of every Salvation Army studio recording. As such, Happen Happened (named for the trippy A-side of that single, which appears in two versions) is a priceless document of the early days of the L.A. psych-pop revival scene. Fans of the Three O'Clock's much glossier music might be surprised by the punky speed and noisy guitars, but the simple two- and three-chord songs are bracing and surprisingly melodic, and flashes of Quercio's skewed lyrical bent are already visible in songs like "While We Were in Your Room Talking to Your Wall." Six songs are repeated, though there are only notable differences in a couple of cases and invariably the album versions are superior to the demos. Regardless, this is both a definitive historical collection and a great piece of early-'80s post-new wave punk-pop. -AMG

Is this your own new rip of the album? I know I grabbed one off of Digivinyltal a while ago, but if yours is an improvement I'll grab it too.

Big fan, and thanks for the extry tracks! (I've been looking in vain for a rip of the album-length Baroque Hoedown, with Lucifer Sam etc. Anyone? Anywhere?)

Is there anyone could post up some Lamar Holley?