The Red Button - As Far As Yesterday Goes + bonus disc 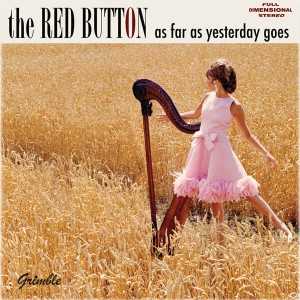 YES!!!!! Seth Swirsky and Mike Ruekberg, are back with the eagerly anticipated, jangle-filled, top-notch song filled, second installment of The Red Button! In 2007, Shindig! Magazine hailed Seth and Mike as the new Power Pop Princes. We're happy to report that their reign continues! Once again filled with Beatles-era melodies, harmonies and concise song construction, the new album continues right where they left off on "She's About To Cross My Mind". Swirsky, writer of hits for many recording artists over the years is also a successful solo artist in his own right having just won Pop Song of the Year at the 2010 Hollywood Music Awards with the title track of his latest solo album, "Watercolor Day". Ruekberg is well known as one of the top singer-songwriters on the L.A. scene. Together they make a formidable songwriting duo who haved studied and respect the art of the song. "It would take a spacious Ferry Cross the Mersey to carry all the accolades heaped upon their debut. The record featured 'Cruel Girl', a song that charted #1 in Billboard as the 'Coolest Song in the World' on Little Steven's Underground Garage Radio Show. There's plenty more of that refreshingly retro goodness here Driven by the stirring musical chemistry of Swirsky's romantic optimism offset by Ruekberg's tart sense of realism, it features delightful melodies, harmonies and production textures that sound as if they could have been transported directly from the magical era when AM radio was king." - Marketwire.com Yep, it's that good! Our money's on "Caught In The Middle" as Little Steven's next "Coolest Song In The World" pick. The title track sounds like it could be a lost Zombies song (in fact, we wouldn't mind if the current Zombies lineup covered it). Stylistically, the new collection expands beyond the strictly mid-'60s Beatlesque vibe of their debut to embrace what Mike, the album's producer, calls the "golden age of singer/songwriter-driven pop/rock." Seth loves the rub that comes from having catchy melodies that inspire people to sing immediately, "before they realize that there's a dark and light thing happening." Mission accomplished guys! COMES WITH AN EXCLUSIVE 3-SONG BONUS DISC FEATURING "UNPLUGGED MIXES" OF "AS FAR AS YESTERDAY GOES", "PICTURE", AND "GENEVIEVE"! Seth Swirsky himself declares "These songs are really worthy of being 'bonus material'. I would even buy it with these three extra tracks!" Now that's some kind of an endorsement!

To order, click on this link
Posted by Curty Ray

Ahh...this looks to be right up my alley. Thanks.

Thanks Curt, I love these guys. I didn't know they had a new release. I just bought one, thanks again, love the site!

There's a touch of XTC meets The Smithereens doing Beatles for Sale style material about them. Which can only be a good thing..

For a bit of vintage power pop have you checked out The Records? Orfor new tunes check out The Sonic Executive Sessions

Where can I find this about the 3 bonus track? On the official site?

Sorry no download on this one. You can find out everything about it here

I find hot mastering of CD's tends to take the power out of the pop, so can heartily recommend the vinyl release of this. It sounds fantastic.