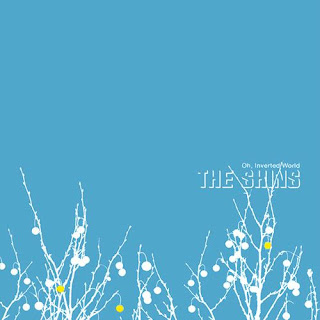 The Shins’ first full-length is a definitive indie rock album of the 2000s not just because of its thoughtful, tuneful songs, but also because of the vivid portrait it painted of indie culture. After the high irony of Pavement and other ‘90s standard bearers, indie rock began moving into more emotionally forthright territory. Oh, Inverted World is the sound of realizing there’s more to life than being a smart-aleck -- but also not being ready to open up completely. The album’s first song, “Caring Is Creepy,” sums up the typical indie response to emotional situations with its title alone, but it also introduces James Mercer's delicate, dryly witty take on that attitude. Hyper-literate lyrics like “It’s a luscious mix of words and tricks” suggest someone who’s better with words than with feelings, yet Mercer’s high, wavering tones -- which are as awkward as they are beautiful -- prove otherwise. Caring might be creepy, but it’s hard to avoid; the rest of Oh, Inverted World chronicles this post-ironic vulnerability, wrapping it in jangly guitar pop that echoes the Kinks, Zombies, and Beach Boys. This may not be the most innovative sound, but it makes Mercer’s boy meets girl, boy runs away, boy comes back, girl runs away travails all the more familiar and relatable. And, of course, just how good the album’s songs are can’t be overlooked. “Know Your Onion” practically jumps out of its skin, bursting with British Invasion riffs and angst that goes way beyond adolescence; “New Slang” tempers a yearning that curdles into bitterness with a beautiful melody and a ghostly falsetto coda. More importantly, all of Oh, Inverted World’s songs hang together in an immensely satisfying way. “Weird Divide” is a backyard Pet Sounds: its winding melody channels that point in the summer when it’s too hot to care much about anything, punctuating it with percussion that evokes incessant sprinklers. An airy feel runs through the album, from “Girl on the Wing”’s bird imagery and pristine harmonies to “Girl Inform Me”’s giddiness to “One by One All Day”’s psychedelic coda. As things wind down, “Your Algebra”’s spooky chamber pop and “The Past and the Pending”’s acoustic musing foreshadow the experiments the Shins undertook on later albums. Oh, Inverted World is so full of ideas and emotions, and so fully realized, that it’s hard to believe it’s just 33 minutes long. Whether or not the album lives up to the breathless “It’ll change your life!” claims made about it in Garden State, the less ironic direction of 2000s indie begins here.-AMG

Hey Curty, thanks for the Shins. Good work, nice blog.