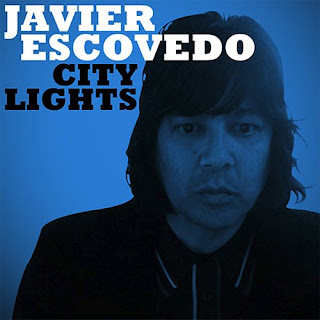 Javier Escovedo is a southern California musician who is best known as the singer, guitarist and chief songwriter of the legendary seventies punk rock band The Zeros (Bomp Records). That group was known for its infectious, spirited songs; its raucous, lively shows and a handful of fabulous singles that are now valued collectors’ items. During the eighties, Javier relocated to Austin, Texas where he joined his brother Alejandro Escovedo in the True Believers (EMI Records), one of America’s finest rock bands operating during the period. The group’s two albums on a single compact disc, "Hard Road." (Rykodisc Records) is well worth searching out. In fact, the Escovedo family is full of talent: older brothers Pete and Coke recorded and toured with Santana and Herbie Hancock; younger brother Mario was in The Dragons, and niece Sheila E often works with Prince. Meanwhile, since the break-up of The True Believers, Alejandro has been kept busy with a solo career that has garnered much critical acclaim. Javier's songwriting is internationally known. The Nomads (Sweden) have recorded two of his songs. "Black and White," a song from The Zeros, was a Number Two record in Sweden for the group Sator. The Hoodoo Gurus of Australia and French sensation Calvin Russel have also recorded Javier's songs. It is a complete mystery why Javier, a man with so much ability, is just now releasing his first solo album, City Lights, but here it is, and it’s a fine one, packed full of intelligent, straight-ahead rock songs that are instant classics. Some excellent musicians and technicians supplied enthusiastic support for Javier on the recordings. The backing band consists of Brian Young (Fountains Of Wayne) on drums; Joe Bass (Posies) on bass; and Josh Schwartz (Beachwood Sparks) on guitar, vocals and recording console, John Contreras ..o, Dave James on guitar Eliza Randazzo on violin and Victor Penalosa on guitar and vocals. Keyboards were handled by Brian Lebarton (Beck) and Matt Beck (Rob Thomas). Rick Parker at Sandbox did additional recording. Every song is catchy, rockin’ fun with an attitude that is right from the heart and steaming with the same youthful vibrancy The Zeros had thirty years ago. This is the kind of material Javier has been writing all his life, but only now has had the opportunity to unleash on the public.

I just checked this out on Lala and let me say-- whoa.. worth every minute of your time...

What a Great Album! Thanks for Posting this as well all of the others. You do a wonderful job! Keep it up.

hello guys, I like your blog is very interesting your subject .... I would like to receive information about this!

In few weeks, will be released City Lights (Lp/cd)
www.folcrecords.com