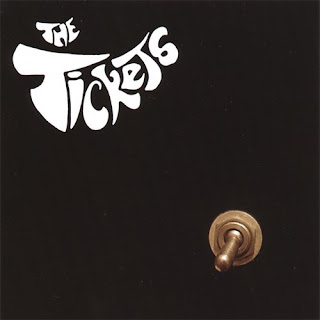 The Tickets revel in the simple joys of power pop: crisp, hooky love songs about boys and girls. This Orange Country, CA, outfit of Anglophiles draws its inspiration from such British performers as Squeeze, Nick Lowe, Elvis Costello, and, naturally, the Beatles. While the music sounds quite fresh today, these tracks actually were recorded in the late '80s. The Tickets, a popular southern California act from 1985-1995, put out a cassette-only release, The Tickets Make a Record, in 1990 that forms the basis of this CD. Occasionally their influences show through a bit too readily, as in the Beatlesque "Dream About Me" or the Costello-like "The One That I Loved"; however, this album sails along with an infectious energy. Frontman/songwriter Bryan Shaddix proves to be a real discovery. He pens instantly catchy tunes and delivers them with robust vocals. A fine guitarist as well, Shaddix receives support from his lively rhythm section. Marcos De La Cruz's active drumming recalls Blondie's Clem Burke, while bassist Andy Winston has a bit of the Attractions' Bruce Thomas in him. The disc's buoyant pace flags only slightly on the sole ballad, "Everything," but it immediately bounces back with the wonderful rave-up "How the Good Things Come," one of the Tickets' top efforts. Another notable number is "Heartland," a splendid love song built around a chiming melody and enriched with classic pop harmonies. The disc augments the original release with two songs from a 1986 single. "She Got Away" is a little-known Katrina Leskanich (from Katrina & the Waves fame) tune, while the mega-poppy "Yesterday's Girl" features early member Donald Mabbott on vocals. The disc's final two tracks showcase Shaddix's lead vocals on tunes originally sung by rhythm guitarist Brian Martin, although Martin's vocals are perfectly fine. The Tickets found the proper person to resurrect their music in Walter Clevenger. Clevenger, who fronts his own terrific Orange County power pop group, stewarded the remastering job and even contributed some keyboards to the final product. Songs like "How the Good Things Come" and "Our Two Hearts," for example, benefit from their latter-day keyboard embellishments. Not that much embellishment was needed. The original songs are so terrifically tuneful that power pop fans everywhere will delight in having them available. Well worth the discovery. -AMG

This is #135 on the Borack list, one of the nine I'm still trying to hunt down!