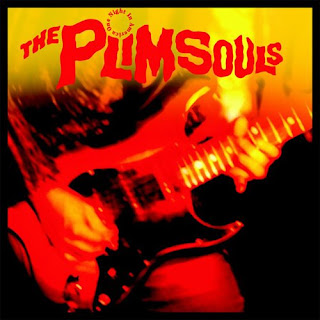 On more than one occasion, Peter Case has said rather pointedly that he never considered either the Nerves or the Plimsouls to be power pop bands -- as far as Case was concerned, he was playing pure and simple rock & roll, and one spin of One Night in America proves the man's point better than words ever could. No one seems to know how, when, or where One Night in America was recorded (Case guesses it was somewhere in Cleveland in his liner notes, and the set list suggests it was sometime after the release of Everywhere at Once), but the tape speaks for itself as far as the Plimsouls' strengths are concerned. One Night in America is the sound of a rough and rowdy rock & roll band conversant in blues, the British Invasion, and straight-ahead barroom boogie, and on this night they were firing on all cylinders, and if the recording quality is a bit shaky in spots, these 12 songs demonstrate a power and streetwise swagger the Plimsouls didn't always achieve in the studio. Eddie Muñoz and Peter Case's guitars cut like switchblades, David Pahoa and Lou Ramirez are a rhythm section with a swing like Joe Louis, and Case sings like a man possessed, making everything from "A Million Miles Away" to "Dizzy Miss Lizzy" sound like it could hold the keys to the universe. As good as the Plimsouls' original two studio albums were (and they were very good indeed), One Night in America truly captures the band in its element, rockin' out on the stage of a club somewhere, and if you subscribe to Keith Richards' theory that on any given night nearly any band could be the greatest rock & roll band on Earth with the right mixture of passion, sweat, and inspiration, chances are on the nameless and dateless night when these tapes rolled, the Plimsouls held the title for 40 glorious minutes. Dig it. -AMG

If you like "One Night In America" get it here!

thank you for this Curty, Awesome recording from an awesome band. Ho, Ho, Ho, Merry Christmas and a great 2009. "Q"

An absolutely amazing album. Shows the power in power pop. It must have been jaw dropping to see them live back in the day.

the sound on this album is incredible, the guitars shred with utmost power and razor sharp electricity, plimsouls rock!

Nice review. I'm most positive this album was recorded at the Phantasy Nite Club in Lakewood, Ohio, a near-in suburb on the west side of Cleveland on a coldish, rainy night in 1981. The show was broadcast live over one of Cleveland's then-great FM stations, WMMS or perhaps WNCX--I taped it on cassette since I couldn't get to the show. Great shout out to the city's Outsiders, although don't know if the band knew that. This version sure sounds better.:) It's one of the best live albums ever--this is what rock n' roll is all about.

All music circulated by Power Pop Overdose is to encourage fans to buy the album and support the artist(s). These files are only available for a limited time, so when you see them - get them!If you enjoy what you see, spend a few moments to drop me a quick comment or just to say Hey please email me at Powerpopoverdose@gmail.com!!