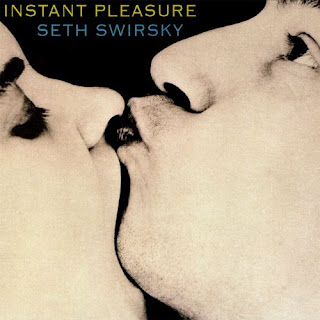 It’s a fine art; making quality pop music. Music so good that it demands even the most jaded of hard rock, indie, acoustic or country fans to take a step back and appreciate it. It’s quite few and far between that any musician comes around that is talented enough to have the craft of pop music refined to such a degree that, no matter what mood you’re in, you can’t help but bob your head to the beat, and sing along to the lyrics. The aforementioned is exactly the type of music that Seth Swirsky makes.The vibe of this album is just something you have to hear to believe. Bringing up fond memories of such greats as The Beatles, and John Lennon; as well as more recent acts such as Angie Aparo (For Stars and Moon era) and The Thrills (Let’s Bottle Bohemia era), Instant Pleasure is a great little slice of pop heaven. -Trent Moore
Mediafire
Posted by Curty Ray

One of a thousand pop bands who crawled out of the woodwork after new wave made pop cool again, the short lived Cryers had a catchy quality to their work most bands barely understand. Despite the brilliant songwriting of Lowry Hamner, this band never got the credit, let alone the success it deserved. All the compositions on this their 2nd lp are by Lowry Hamner whose plaintive voice and poignant ballads owe something to Dwight Twilley. I found this rare gem for $4.50 while crating in Rockville Md.
Freshly ripped vinyl, enjoy!!!

3 Break Your Heart of Stone Hamner

4 You're the One for Me Hamner

5 I Want You Tonight Hamner

7 Who You Tryin' to Fool Hamner

8 I Want to Hurt Somebody Hamner

9 I Can't Be Satisfied Hamner

10 Tell Me Your Dreams Hamner

if you can turn this one into a post for your bog , please do so, recently discovered your blog,thanks for all the great music!!!

Listening to it now - you were right I do like it! Thanks very much. Will be visiting Not Lame for this one. I saw a while back someone request JF 'Everyone says it's on'. Is it likely that one will ever be posted?

I dig Swirsky's music, especially The Red Button. But I was weirded out to find out what a crazy right winger he is.